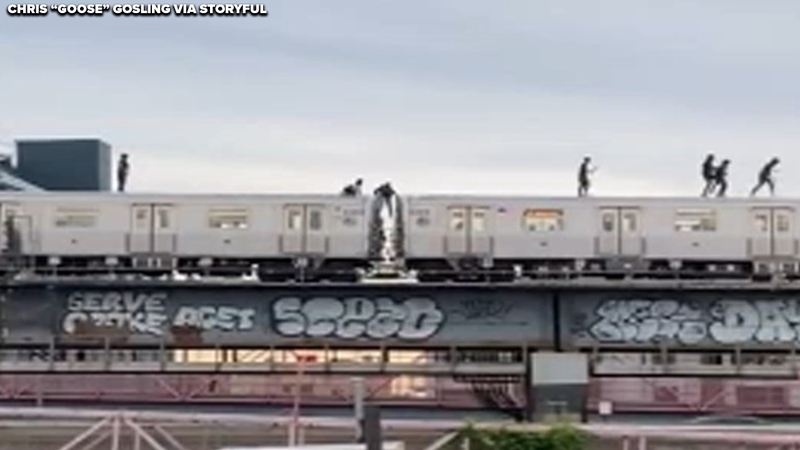 New Yorker Chris "Goose" Gosling said he was surprised to see people standing on top of a J train as it crossed the Williamsburg Bridge, according to Storyful.

"These people just came over the Williamsburg bridge on top of the train," Gosling said on Twitter.

An NYPD spokesperson said police are aware of the video and are looking into the incident.

It comes after a man was killed after allegedly subway surfing atop a train in Brooklyn in 2021.

In that incident, a 32-year-old man fell from a J train near the Williamsburg Bridge.