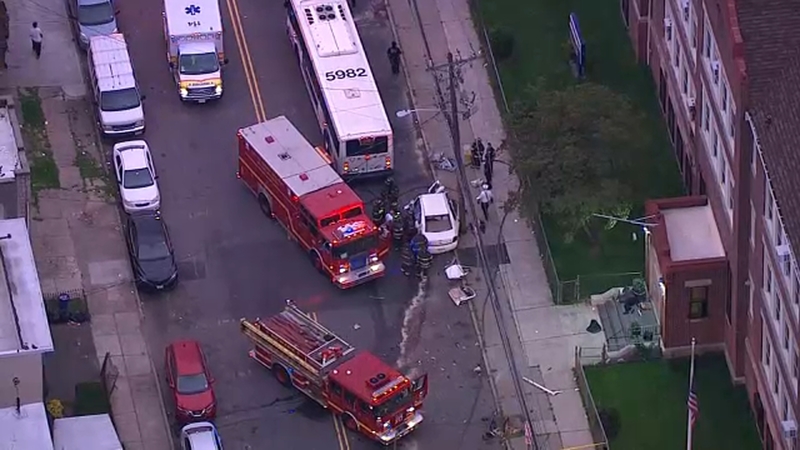 NEWARK, New Jersey (WABC) -- A driver was killed in a head-on crash with an New Jersey Transit bus in Newark early Tuesday that also injured eight people on the bus.

The car appears to have turned onto Hawthorne Avenue in the wrong direction and smashed head-on into the bus around 5:30 a.m.

The driver of the car, 33-year-old Paige Graham, was pronounced dead at the scene.

Seven passengers on the bus and the bus driver were hurt.

The driver and four passengers were hospitalized, while the rest were treated at the scene.

The bus was on its way from Irvington to Bloomfield at the time of the crash, which happened in front of the Hawthorne Avenue School.