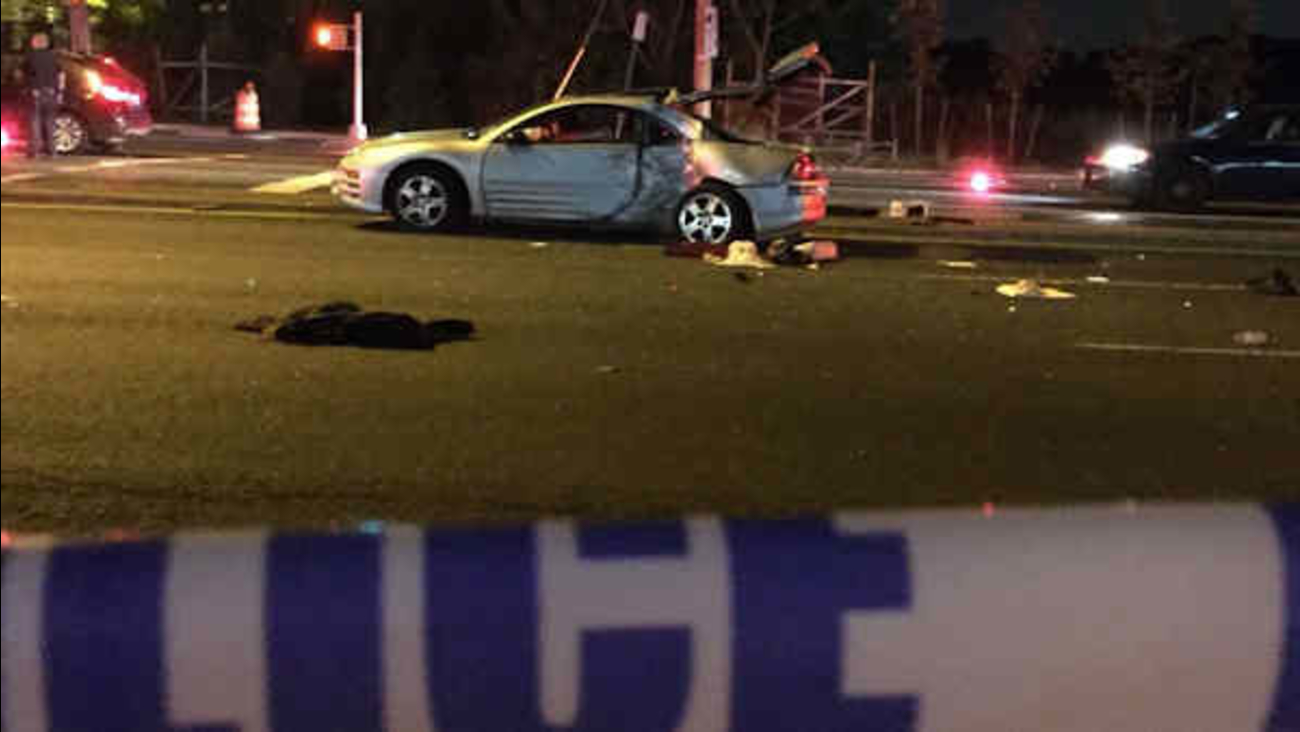 STATEN ISLAND (WABC) -- One young woman is dead and another critically injured after their car struck a pole in Staten Island Sunday night.

The accident occurred around 10:45 p.m. at the intersection of Richmond Avenue and Richmond Hill Road in the New Springville section. Responding officers found a Mitsubishi sedan with damage to driver's side.

Police say the driver was speeding on Richmond Avenue and tried to run a red light when he lost control of the vehicle, swerved and struck a traffic control post in the middle of the intersection.


Two female passengers were in the car. Police found 19-year-old Alize Jorge unconscious in the back of the vehicle. She was transported to Staten Island University North Hospital, where she was pronounced dead.

An unidentified 18-year-old woman was ejected from the car and found unresponsive on the pavement. She is in critical condition at Staten Island University North Hospital.

Police say the driver of the vehicle, 22-year-old Hasim Smith, of Staten Island, initially fled the scene on foot but was later arrested.

He is currently charged with leaving the scene of an accident resulting in death.