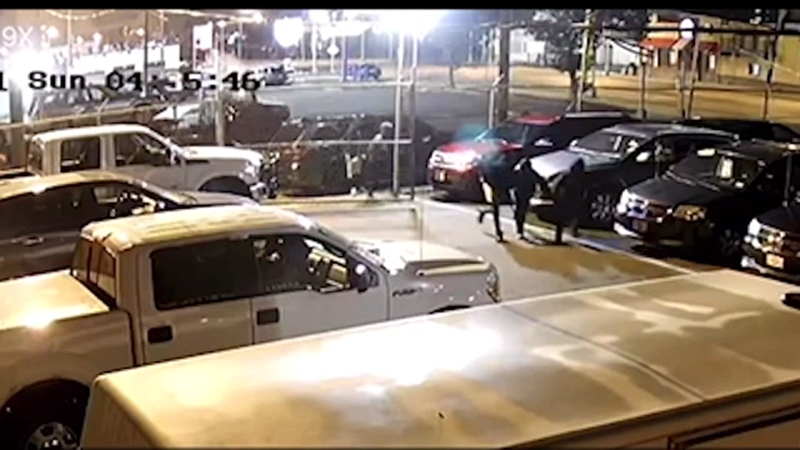 NEWARK, New Jersey (WABC) -- Police in Newark are trying to find a group of burglars wanted for stealing six cars from a dealership.

The burglary happened on June 6 at 4:30 a.m. at United Auto Sales on the 300 block of Elizabeth Avenue.

The owner of the business arrived to work later that morning to find that someone had cut the lock to the dealership's chained gate and stolen six vehicles.

Six people were captured on surveillance video getting out of a vehicle and breaking into the business.

They ransacked the dealership office and took keys to six vehicles that each of them drove from the car lot.

One of the stolen cars, a 2013 white BMW 328, was recovered three days later on June 9 after it collided with two parked cars in the 300 block of South 6th Street.

The suspect and another man were captured on surveillance video exiting the vehicle and fleeing on foot.

Officers recovered a .45 caliber Colt handgun from the BMW.

All anonymous Crime Stopper tips are kept confidential and could result in a reward.

One month prior, a gang of thieves stole several vehicles and a safe from Executive Auto Group on Chancellor Avenue in Irvington.

It's not yet known if there is a connection between the cases.