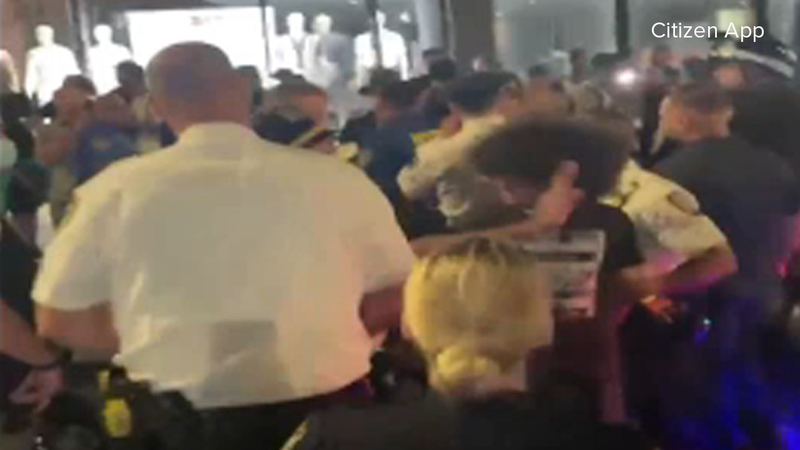 GREENWICH VILLAGE, Manhattan -- A man was arrested after driving his BMW through a crowd of protesters blocking a Greenwich Village street, injuring a demonstrator.

The 18-year-old was attempting to drive through the crowd near the 6th Precinct, at West 10th Street and Bleecker Street, at around 10:30 p.m. Wednesday.

As protesters surrounded the BMW, and police from the nearby precinct came over, the driver continued to drive at a slow speed.

Police caught up with the vehicle a couple of blocks away at Grove Street and took the driver into custody. He's facing charges of leaving the scene of an accident and reckless endangerment.

NYPD units stopped a vehicle earlier at Grove Street and 6th Avenue that was wanted for driving through protesters in the roadway which caused minor injuries. The Driver is under arrest for Leaving Scene of Accident and Reckless Endangerment. The investigation is ongoing.

One protester was treated for a minor injury.

Police sources tell Eyewitness News that a woman was assaulted while walking her dog in Inwood Hill Park on Wednesday.