7 On Your Side: CARFAX correction when vehicle history report has a big mistake 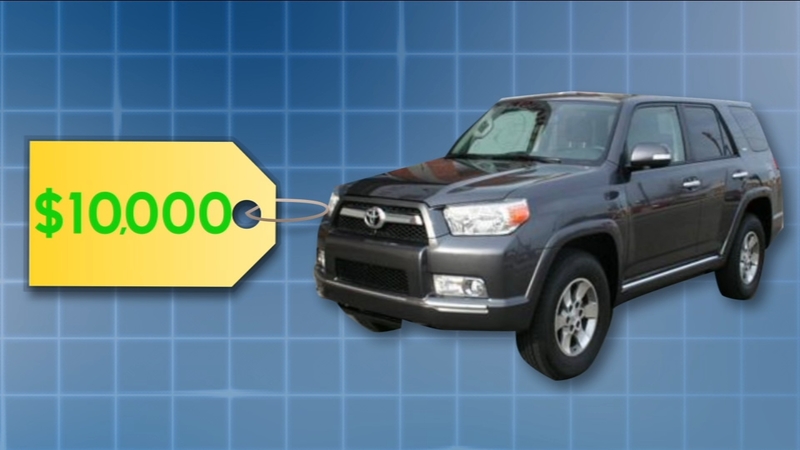 CARFAX correction when vehicle history report has a big mistake

NEW JERSEY (WABC) -- It was a last-minute CARFAX confusion when one New Jersey car owner found her vehicle history report had a big error costing her thousands.

It's a great reminder in this age of spiraling inflation that it's more important than ever to troubleshoot errors in everything from a CARFAX to your credit report that could cost you big bucks.

"We were working on our deal, and then the manager came out and said, 'Are you aware that your car was totaled?'" Yvonne McMahon said. "And I was like, 'What are you talking about?'"

McMahon went to sell her Toyota 4Runner and was offered $15,000 for the 12-year-old car, until a "total loss vehicle" showed up on her history report.

The FTC estimates that $750 million has been lost to cryptocurrency scams. Nina Pineda has more.

A decade ago, the car was hit on the way to Sesame Place with the kids, but it was a minor fender bender, not totaled, and it didn't even go through McMahon's insurance but may have gone through the other driver's insurance.

With two kids to raise and the price of everything going up, it was a loss McMahon wasn't willing to take.

She immediately tried to contact CARFAX to correct the report.

"They can't tell me who it is," she said. "All they can tell me is that it's not my insurance company."

It takes a lot of work to fix errors on car and credit history. You must dispute each one, in writing, with the company reporting.

When it comes to credit scores, the difference of a few points could mean a higher interest credit card or loan rate. And a mistake like a total loss declared on your vehicle could cut the price almost in half.

"Mistakes don't happen often, but when they do, we want to make the report better, right, and we don't want to have errors," CARFAX spokesperson Emilie Voss said.

Voss said CARFAX gets reports from about 131,000 sources and upload on average about 5 million records a day, sometimes getting multiple reports on a single event.

CARFAX says each case is different, so it assists each consumer to help resolve their individual issue the best they can. In this case, McMahon was instructed to check three sources for proof.

"Often times on a police report, it says the other insurance companies involved outside of yours," Voss said.

CARFAX double-checked and saw the incident was only bumper damage.

"There was not a total loss on the vehicle, as was originally reported," Voss said. "So we removed the total loss from the vehicle history report."

"We were able to put more money down on a new car," McMahon said. "Oh my God, you guys are amazing. Than you so much, 7 On Your Side. Without you guys, I don't know what I would do."

Fill out the form below or email your questions, issues, or story ideas by filling out the form below or by emailing 7OnYourSideNina@abc.com. All emails MUST INCLUDE YOUR NAME AND CELLPHONE NUMBER. Without a phone number, 7 On Your Side will not be able to respond.
Report a correction or typo
Related topics:
automotive7 on your sidecar tipssalescredit cards
Copyright © 2022 WABC-TV. All Rights Reserved.
7 ON YOUR SIDE
DoorDash customer gets more than Italian ice after hit and run
7 On Your Side tips to stretch your dollar and combat inflation
Queens baseball teams unable to use home field get new mound
How to customize your mortgage rate for a better deal
TOP STORIES
Girl fatally shot in stomach by gunman on scooter ID'd
NYC expected to elevate to 'high' COVID alert level in coming days
President Biden to meet with Buffalo shooting victims' families
Man dead after flames ravage home in Brooklyn
AccuWeather: Refreshing and breezy
Gunmen wanted in string of armed robberies in Brooklyn
Return of warm weather brings tick season, NY officials issue warning
Show More
'Be very afraid': Mayor warns of potential Supreme Court gun ruling
NJ residents angry with homeless shipping container housing location
You can now order 3rd round of free at-home COVID-19 tests
Elementary student brings loaded gun to school in NJ
Baby giraffe fitted with orthotic at San Diego Zoo Safari Park
More TOP STORIES News