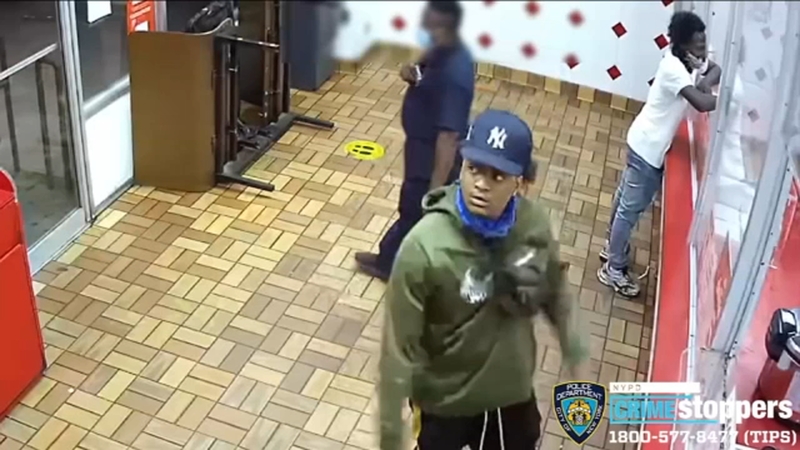 GRAND CONCOURSE, Bronx (WABC) -- Police are searching for the man behind a carjacking in the Bronx.

Video shows the suspect force the driver out of his car after threatening him with a gun on Grand Concourse.

He took off with the car and the victim's backpack with $1,000 in cash and Samsung Galaxy and LG cell phones inside.

The driver wasn't hurt in the attack.

The car was recovered the following week on Thayer Street.

Police also released video of the suspect with a friend, who they say they want to question.

The man wanted for questioning was seen wearing a white t-shirt and mask.