Teens charged with felony murder in deadly carjacking in Newark 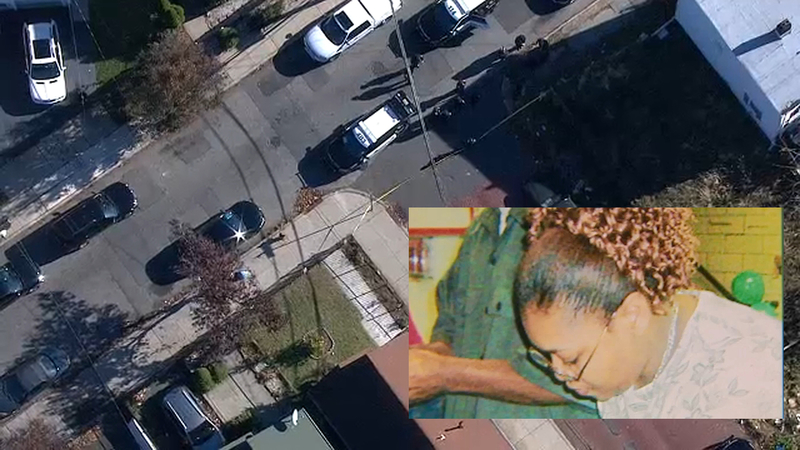 NEWARK, New Jersey (WABC) -- Two teenagers have been charged with felony murder in the death of a community organizer shot and killed during a Thanksgiving Day carjacking.

Police responded to reports of a person shot at the scene of the carjacking on South 20th Street just before 11 p.m. Thursday.

The victim, 40-year-old Shuri Henry, was shot just a few yards from her front door.

Authorities say Henry's 7-year-old nephew was in the car with her but wasn't hurt.

"They were coming down from her sister's house in West Orange, coming back to Newark and arriving home, thinking you're safe on the Thanksgiving holiday," said the victim's friend Lyndon Brown.

He knew Henry for more than 30 years. "This is devastating, I'm kind of numb. I can't believe that she died so senselessly."

The three defendants were arrested early Friday after police spotted the car, a Kia Sorrento, just a flew blocks away.. They were captured after a brief foot chase.

"They observed the vehicle on Springfield Avenue, and at Springfield Avenue and Jacob Street they bailed out," said Newark Public Safety Director Anthony Ambrose. "Newark police officers were engaged in a foot pursuit and the two were apprehended."

"I'm more than angry, it's a cowardly act," said Newark Mayor Ras Baraka. "More than one gentleman attacking a young lady, killing her, child in the car. It's really painful."

Allah and the 14-year-old are facing multiple charges, including murder, carjacking and robbery. Torres is charged with eluding police.