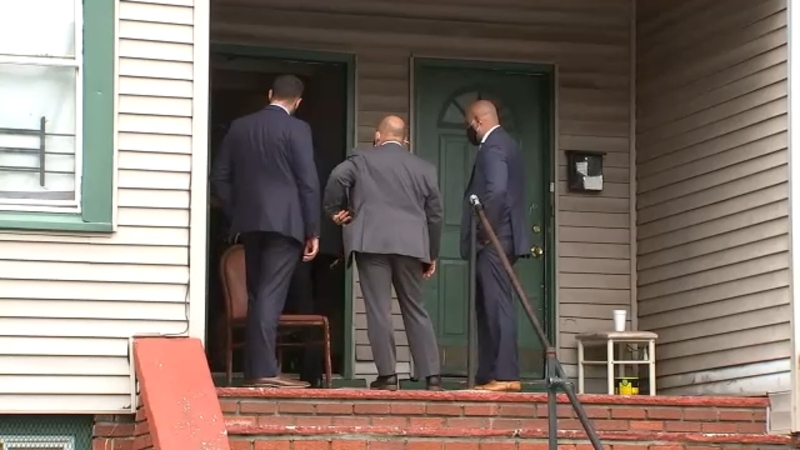 NEWARK, New Jersey (WABC) -- An 8-year-old boy accidentally shot and killed himself in what is being considered a horrible accident, a law enforcement source says.

The source says the child was playing with a gun inside a second-floor apartment on Schuyler Ave. when it went off Sunday night around 10:30 p.m.

The Essex County Prosecutor's Homicide Task Force is investigating the death and trying to determine who owned the gun and left it out, making it easy for the child to find.

Family members were traumatized when emergency vehicles arrived on the scene.

The 8-year-old was described by neighbors as a friendly child who would often come outside whenever the ice cream truck came around.

The child also loved to ride on his scooter.

He has not yet been identified and authorities say the case involves some custody issues.

The family has not been on the block long, according to some residents, and there was some noted tension in the family.

Authorities are not saying if the gun was illegal, but it is another example of the dangers of having a gun unlocked inside a home when children are present.

So far there have been no arrests in the case.