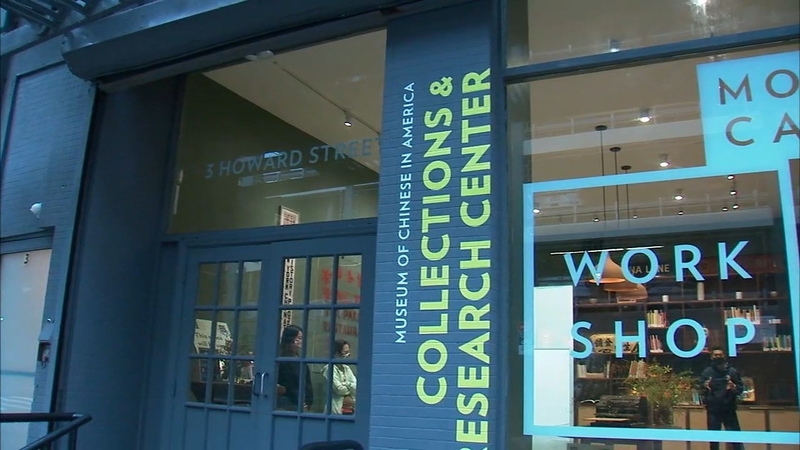 CHINATOWN, Manhattan -- A Chinese typewriter dating back to 1900 is one of three in the Western Hemisphere and is one of just 85 thousand artifacts once feared lost forever. Other artifacts include instruments, restaurant signs, and sculptures. All of it was nearly burned in a raging fire, ripping the heart out of Chinatown.

"For smaller museums like ours, this could've absolutely shut the door on us crippled us, and ended MOCA," said Nancy Yao Maasbach.

Nine-months later, 95 percent of those artifacts have been salvaged and restored. Now, the Museum of Chinese in America (MOCA) is back, bigger, and better than ever. Its new archive space has been transformed instead into a workshop.

The silver lining is because of the pandemic, countless tenants in the city did not renew their leases. Suddenly, a space just a half a block from the museum became available. The goal is to re-imagine the museum and think of the MOCA workshop as a prototype - a museum that focuses on the experience.

"This is going to be a place for scholars and researchers to come. And we're also going to have a screen come down so we can do programming here. And then upstairs will be an oral history place," added Yao Maasbach.

When the fire ravaged 70 Mulberry Street, it was feared the story of Chinatown would be lost with it, and that stories not taught in textbooks would vanish. Now, MOCA is on a new mission.

Cefaan Kim has the latest details on the Chinatown fire that gutted an historic building.

It was recently selected as one of 20 'America's Cultural Treasures,' and awarded a $3 million grant from the Ford Foundation - they also have a new life.

"People think sometimes museums are passive. The Museum of Chinese in America needs to be urgently and aggressively trying to take down stories, oral histories, collect," said Yao Maasbach.

ALSO READ | Is the mayor turning his back on Chinatown businesses?