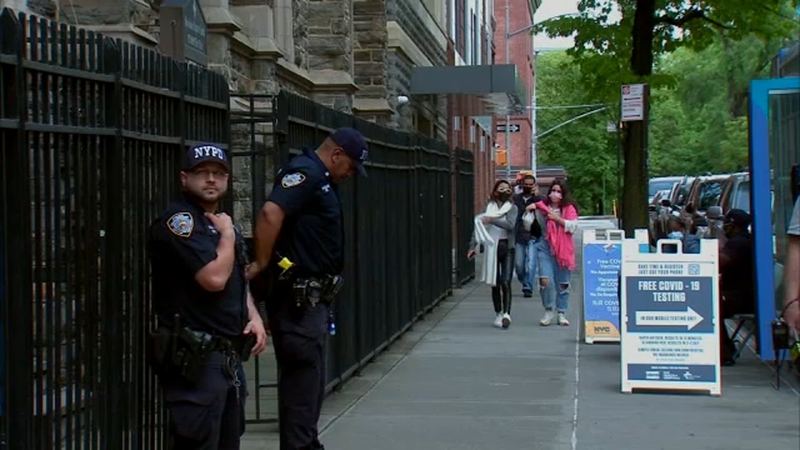 NEW YORK (WABC) -- The NYPD said they are stepping up patrols outside Black houses of worship in response to the mass shooting in Buffalo.

The teenage gunman, Payton Gendron, who was wearing military gear and live streaming with a helmet camera opened fire at Tops Supermarket in what authorities described as "racially motived violent extremism," killing 10 people and wounding three others Saturday before he surrendered.

As a result, extra patrols were outside Abyssinian Baptist Church in Harlem on Saturday night, and are expected Sunday as well.

The NYPD said the extra patrols are "to provide a visible presence in the event of any copycat but moreover to provide an air of protection and safety who go to the larger houses of worship."

They said there is no known threat to New York and described the shift of resources as a precaution.

Statement below from an NYPD spokesman:

"We reached out to our partners in Buffalo PD immediately upon learning of the attack. We offered any assistance and began running the suspect through our databases to determine if we had any information value to Buffalo PD or if there was any New York City nexus. While we assess there is no threat to New York City stemming from this incident, out of an abundance of caution, we have shifted counterterrorism and patrol resources to give special attention to a number of locations and areas including major houses of worship in communities of color."

Nassau County Police are also stepping up their security at Black houses of worship on Long Island.