Claudia Conway, daughter of political figures, wants to be the next 'American Idol' 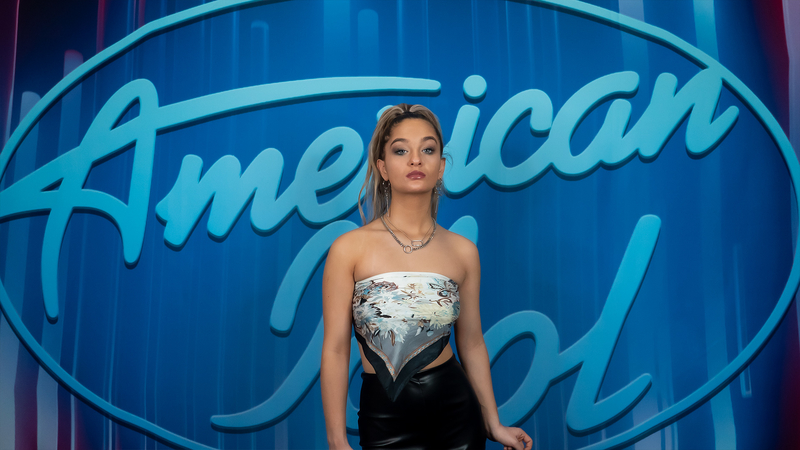 Claudia Conway wants to be the next 'American Idol'

Claudia Conway grew up watching "American Idol" in Alpine, New Jersey, and calls the chance to audition for the show, "a life changing experience."

But as the daughter of Kellyanne Conway, a top advisor to former President Donald Trump, the pressure on her is more intense than for others trying out.

She's proud to call herself a Jersey Girl, but she's spent the past four years in Washington, DC, the daughter of a mother who worked for Trump and a father who actively opposed him.

Now, Claudia Conway is trying to make a name for herself while putting any and all controversy behind her.

Claudia Conway on her 'American Idol' audition, what happened with her shoes, and her parents

When she heard Idol judge Katy Perry say, "You're going to Hollywood," it was the culmination of a dream.

"I went back to when I was younger, watching 'American Idol' with my grandmother, thinking, 'I want to do that one day,'" she said.

Her grandma predicted she'd be there one day, because the 16-year-old has been singing and playing piano since the age of 3.

"Music has always been a refuge and a safe haven for me," she said. "It's kind of my happy place."

And it's a place that's become all the more important during her years in Washington, where, as she put it in a promo for the show, her "parents are high profile political figures."

During an episode taped months ago, Claudia Conway described her relationship with them as "iffy." But has that changed since the election?

"I'm still a normal teenager, and I think people tend to lose sight of that, that I'm just 16, and most 16-year-old girls fight with their parents all the time," she said. "Right now, I'd say my relationship with both my parents is a lot better. I think I'm in a much better place with them."

"I think it took a lot of self-reflection on everyone's part," she said. "And kind of stepping away from that social media presence."

"American Idol" is returning on Sunday evening, and this season is going to be dramatically different from any we've seen before.

Claudia Conway has more than 575,000 followers on Twitter, and balance has been a challenge.

"It's very hard to navigate between your personal life and your public life," she said.

She has decided to try and follow the advice of Katy Perry, who observed, "There's a lot of noise in your life" and urged her to "calm the storm that is around you."

She has taken those words to heart.

"Holding that golden ticket, I thought everything I've been through the past couple of years, every obstacle I've overcome, how hard I've worked," she said. "It all paid off."

Lionel Richie praised her for, "announcing who you are," and Claudia Conway seems to be a strong young person determined to make her way in the world -- all while pleading for understanding when it comes to her unique family life.