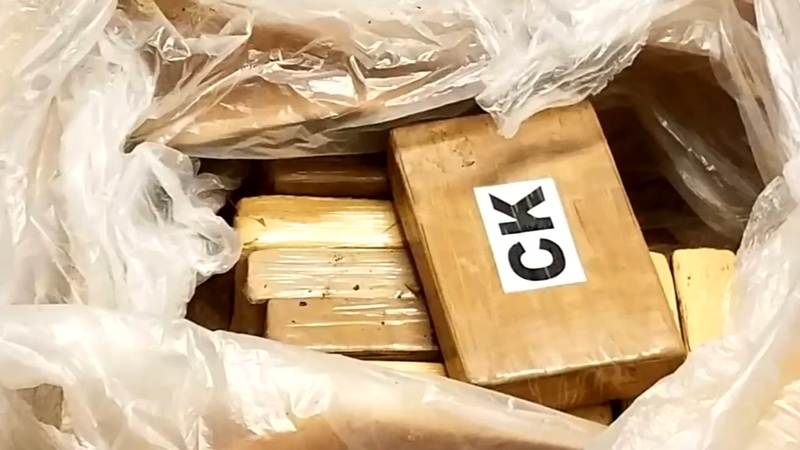 SEATTLE, Washington -- Police say crates of bananas shipped to grocery stores were carrying more than $1 million worth of cocaine.

"It's a ton of cocaine, it's something we don't see around here, ever. Nothing that I've heard of or even my detectives have seen in this area. We don't know if it was a mishap or if it was supposed to go to a different area, but they accidentally sent it here," King County officer Ryan Abbott said.

The cocaine went to three Safeway stores in Woodenville. Each store received about 50 pounds of cocaine.

On Sunday, employees were unpacking the shipments from a central warehouse in Auburn when they noticed something wrong.

"There were a couple of moldy bananas on the top, but underneath were several rectangular shaped, wrapped in brown paper blocks," Abbott said. "They cut into one of them and saw a white powdery substance and immediately called police."