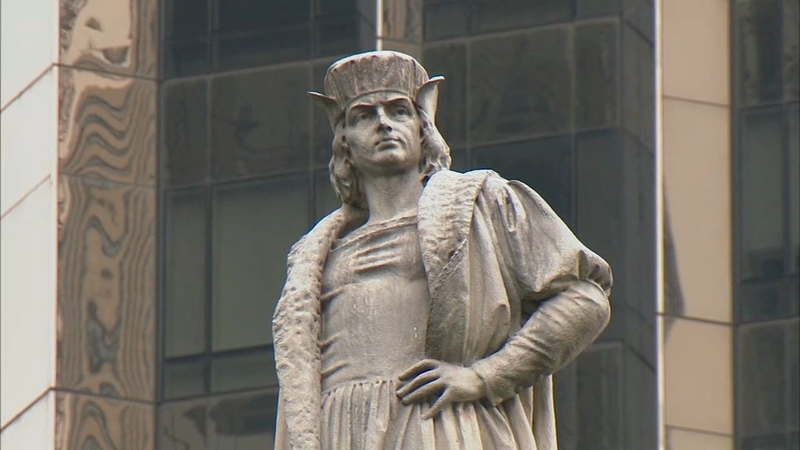 NEW YORK (WABC) -- Protestors shut down Columbus Circle on the Upper West Side over the weekend.

People continue to sign a petition to rename Columbus Circle and remove the statue of Christopher Columbus from public view.

As of now, the petition has more than 7,000 signatures.

Protests are continuing around the nation over the deaths of black men in police custody and there are nationwide calls to remove statues deemed offensive.

Last week, the NYPD stood guard in Columbus Circle to protect the statue in the controversial explorer's honor.