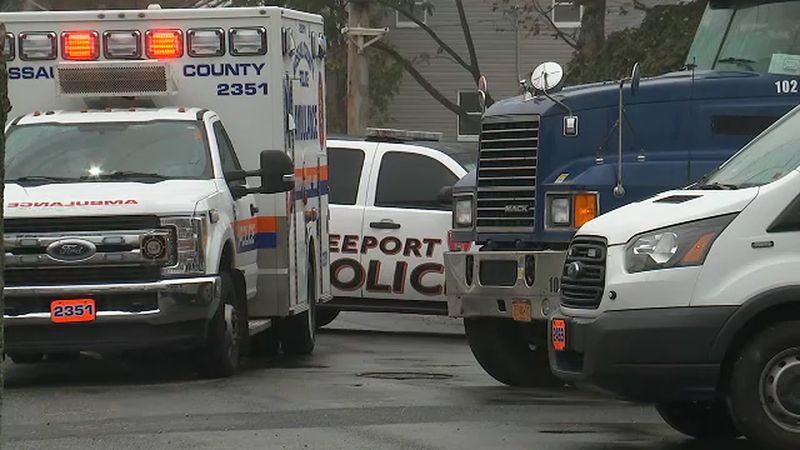 FREEPORT, Long Island -- A construction worker was killed when he was hit by an 18-wheeler during a road paving job on Long Island Tuesday morning.

A co-worker said Grange dropped a tool under a paving truck, and when he went to get it, the driver started moving.

Grange, of Bay Shore, was pronounced deceased at the scene.

There is now a makeshift memorial at the scene, and the victim's father is devastated and desperate for answers.

"That was my first child, my junior, my friend," Charles Grange Sr. said. "We laughed a lot...I'm going to question everything, because, you know, I just want the truth to come out, and maybe this won't happen to someone else."

He is survived by his parents, his sister and his girlfriend. Family members say he loved his job.