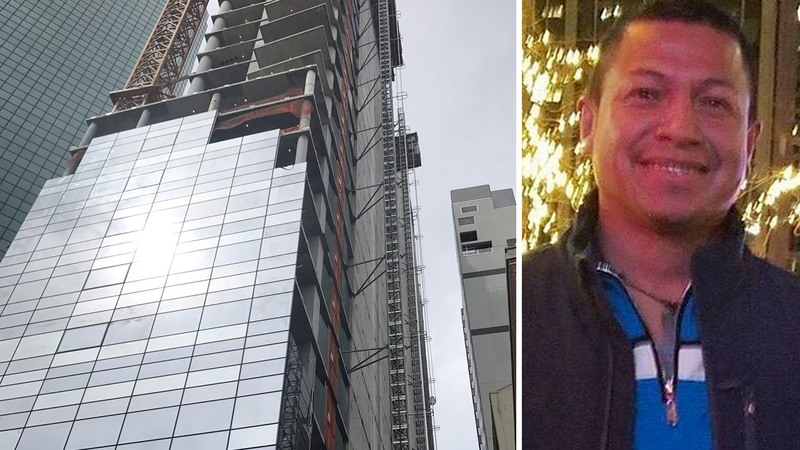 The 44-year-old worker fell from the Maiden Lane building at around 9:25 a.m.

He was pronounced dead at the scene. The worker has been identified by family members as Juan Chunillo, a father of five from Ecuador.

Chunillo, a carpenter, had been working at that construction site for about a year and a half.

When family members rushed to the scene, they were informed about the accident by Chunillo's co-workers.

"He was getting ready to leave, for the crane to bring them up, and what they told me is that the platform caved in so they could loosen it," the victim's cousin Angel Munoz said through an interpreter. "And when they got back inside, the cable for the crane was very tight, and as they tried to loosen it the cable hit him and knocked him down and he fell."

The building under construction is called 1 Seaport.

A partial stop work order was issued at the site Wednesday due to the unsafe operation of a crane. 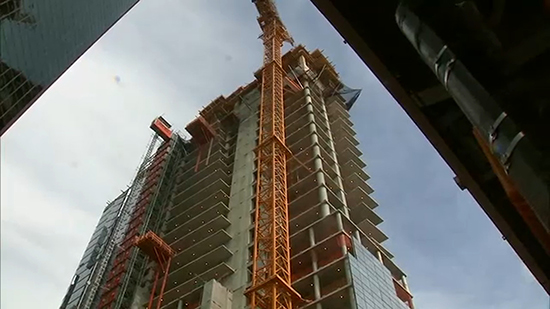 The site has received nine construction-related violations since January resulting in fines, including a $10,000 fine for using a tower crane without a warning light system.