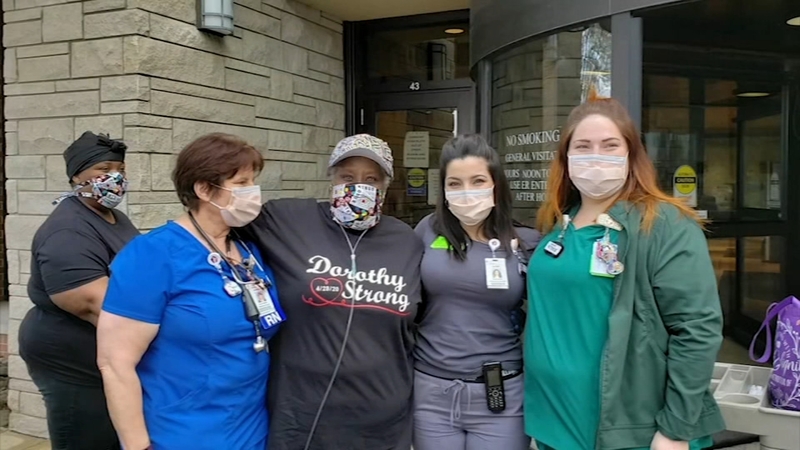 GARY, Ind. -- Her family always believed Dorothy Hall was loved in the community, but now they know it.

The parade in front of Hall's home included dozens of friends and neighbors who honked as they drove by her home Tuesday morning.

Hall spent several weeks on a ventilator as she battled COVID-19.

Doctors were unsure the 69-year-old great grandmother would be able to recover. But she said her faith got her through.

Two weeks ago, doctors told her family there was nothing more they could do for her.

"They had gave up, so we fasted and prayed even harder," said Kecia Evans, Hall's oldest daughter.

Their prayers were answered Tuesday morning.

Doctors and nurses from the hospital where she was treated lined the hall and applauded as they wheeled Hall out--a COVID-19 survivor.

"Seeing her walking out was overwhelming," said Albert Evans, her grandson.

Her family brought her straight back to the Gary house where she's lived nearly half a century.

Friends, neighbors, and even Gary's mayor welcomed her home.

"She's been a mother to all, and to see them give that back to her today was priceless," said her daughter Latanza Beasley.

"I'm just overwhelmed. I gotta get away from here cuz I don't want to cry," said Hall.