California officer dies after being struck by alleged drunk driver 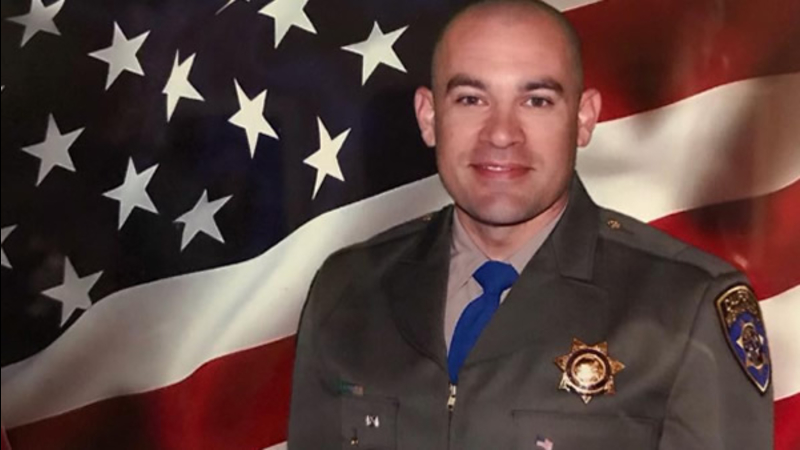 HAYWARD, Calif. -- Officials say a California Highway Patrol officer killed in a crash on southbound I-880 in Hayward late Sunday night has been identified as Ofc. Andrew Camilleri.

The 33-year-old officer had been with the CHP for a little over a year.

Camilleri is survived by his wife, Rosanna; a daughter and two sons.

CHP Ofc. Andrew Camilleri was killed while on patrol last night on the 880. Investigators say a speeding car crashed into his SUV which was parked on the shoulder. His partner was treated and released. Is very “shaken up”.

Officials say his partner was sitting in the driver's seat of their patrol vehicle at the time of the crash. He was injured, but has been treated and released from the hospital.

The CHP said the two officers were parked on the right shoulder of southbound I-880 just past the Whipple exit looking for drunk drivers.

Officials said a driver in a red Cadillac drifted off the road and slammed into their SUV at 11:30 p.m. Sunday night.

The CHP says it appears the driver of the Cadillac was not only drunk, but under the influence of drugs and was coming home from a party.

He is a 22-year-old man from Hayward and has not been identified at this time.

The suspect is currently in the hospital being treated for his injuries.

All southbound I-880 lanes in Hayward reopened at 10 a.m. after being shut down overnight.

Governor Brown's statement on death of CHP officer: "Anne and I are deeply saddened to learn of the tragic loss of Officer Camilleri, who died yesterday while working to keep our communities safe. We join his family, friends and the entire California Highway Patrol in mourning his death and in honoring his sacrifice."

In honor of Camilleri, Capitol flags will be flown at half-staff.

MORE: Camilleri had been with CHP 1 yr and 4mo. His partner, Jonathan Velasquez, was hurt but has been released from the hospital.

MORE: CHP claims 22 year old driver who crashed into CHP vehicle was under the influence of alcohol and drugs + to be charged with felony counts when released from hospital. @abc7newsbayarea

#breakingnews sad UPDATE: The CHP officer who died this Christmas morning ID'd as Andrew Camilleri, 33. He was a husband & father of 3. @abc7newsbayarea