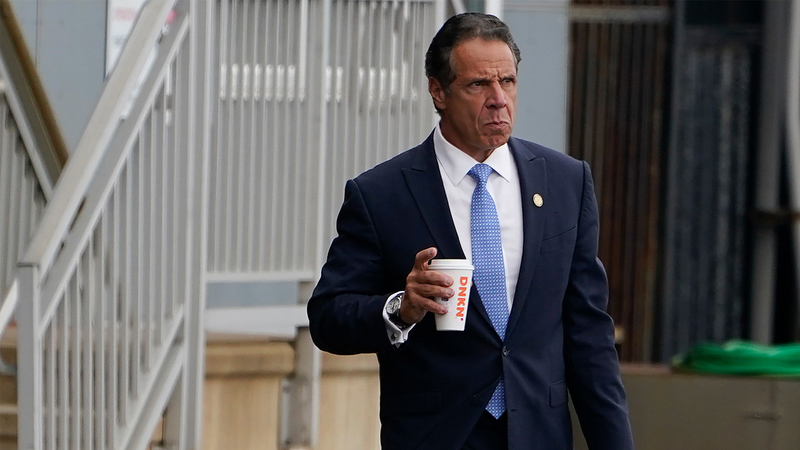 Cuomo speaks out for first time since resignation

Heastie said there are two reasons for the decision.

"First, the purpose of the Assembly Judiciary Committee's impeachment investigation was to determine whether Governor Cuomo should remain in office. The governor's resignation answers that directive. Second, we have been advised by Chair Lavine - with the assistance of counsel - of the belief that the constitution does not authorize the legislature to impeach and remove an elected official who is no longer in office."

Cuomo announced Tuesday that he will resign from office, effective Aug. 25.

Heastie said the committee's work over the last several months did uncover credible evidence in relation to allegations that were made against the governor.

He said the evidence is in connection to sexual harassment and misconduct as well as the misuse of state resources in relation to the publication of the governor's memoir as well as improper and misleading disclosure of nursing home data during the COVID-19 pandemic.

Heastie said the committee believes that the evidence likely could have resulted in articles of impeachment had Cuomo not resigned.

The 21-member Assembly Judiciary Committee, which is spearheading the effort, was scheduled to convene Monday morning to discuss next steps. It was expected they would make a decision on whether to conclude at that time.

"As I have said, this has been a tragic chapter in our state's history," Heastie said. "The people of this great state expect and deserve a government they can count on to always have their best interests in mind. Our government should always operate in a transparent, safe and honest manner. These principles have and always will be the Assembly Majority's commitment to all New Yorkers."

The information gathered during the Assembly's impeachment investigation will be passed on to the relevant authorities.

Sandra Bookman has more on the person who will replace Andrew Cuomo as governor when he steps down in 14 days.

The decision by Democratic majority did draw bipartisan condemnation from elected officials.

"I've talked to some of the Republican members, there wasn't a vote, seems it was done from the top down and they're upset and rightfully so I think New Yorkers deserve better," said Assembly Republican minority leader Will Barclay.

"This matter, despite what leadership is saying in terms of their legal reasoning, it's wrong I disagree with that, this matter is fluid, we set legal precedent in real time here," said Democratic Assemblymember Ron Kim.

"The decision from Assembly Democrats to suspend the impeachment investigation reeks of a shady deal to protect Andrew Cuomo. At any point in the last six months, Democrats could have impeached our now disgraced Governor - but that would've required courage. Instead, they stalled and bought Andrew Cuomo all the time in the world, while they wasted millions of taxpayer dollars on their sham investigation. Resignation is not accountability. The Democrats not only failed in their constitutional responsibilities - they failed the Governor's countless victims in nursing homes, brave women who came forward to tell their stories, and those who believe in honest and transparent government."

Ortt has also penned a letter to Lavine, urging him to make the Committee's findings public.

In a lengthy cover story in this week's New York Magazine, Cuomo gave his first interview about his decision to resign.

"I feel like I did the right thing, I did the right thing for the state," he said of his resignation. "I'm not gonna drag the state through the mud, through a three month, four month impeachment, and then win, and have made the state legislature and the state government look like a ship of fools, when everything I've done all my life was for the exact opposite. I'm not doing that. I feel good. I'm not a martyr, it's just, I saw the options, option A, option B."

Cuomo still faces several criminal investigations stemming from what the Attorney General found in her damning report. There are allegations of misuse of taxpayer funds and that he covered up nursing home deaths.

But for now he's staved off impeachment and he's telling his own story.

"I'm not disappearing," he told New York Magazine. "I have a voice. I have a perspective. And that's not gonna change, and I think I did the right thing."