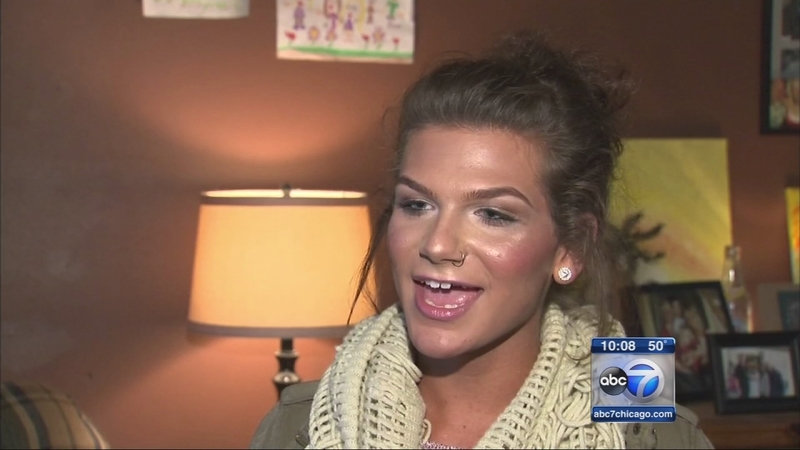 PORTAGE, Ind. -- A transgender teen wants to be prom queen in northwest Indiana, and she says she has unwavering support from her classmates and parents in Portage.

Dakota Yorke says she wore a tuxedo to prom last year, but this year, she has her dress picked out along with her shoes. She says she's been dreaming of wearing a tiara ever since she was a young child. That dream could become a reality on this weekend.

But her story is different than others: Dakota was born a boy, but has identified as a female for as long as she can remember.

"I've been through a lot in my life, people have grown with me, seen me progress. But I am here today, strong as ever, and I want them to look up to me," Yorke said.

And that's why she decided to run for prom queen. She's the first transgender student to do so at Portage High, and is already one of the four finalists.

"Yeah, having the crown on your head, the sash, it's so amazing, you feel unstoppable, you feel so beautiful, but it goes deeper than that," she said.

Yorke says it's up to her classmates to pick the winner. Win or lose, she says the support she's gotten from her school is admirable.

"I'll walk in the halls and they'll be like, 'Dakota, you're so beautiful, you're making big positive changes.' That's all I could ever wish for," she said.

Yorke says the winner will be announced at the prom on Saturday night. And she says it's not all about winning the crown. Instead, it's about inspiring others to follow their dreams and being who you are.