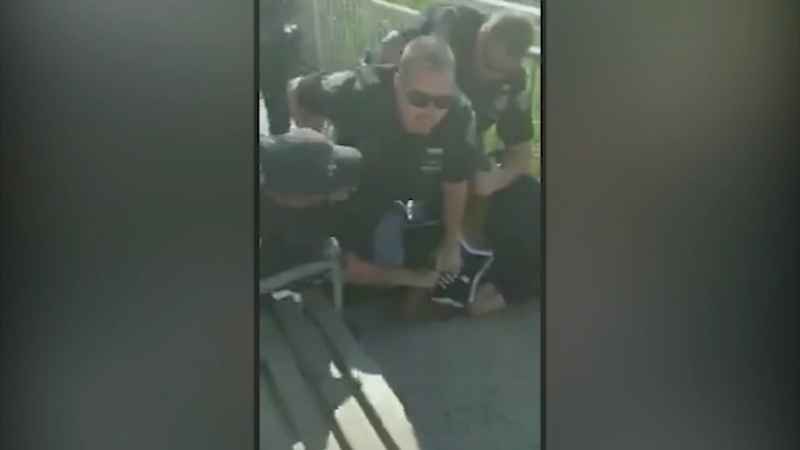 QUEENS, New York (WABC) -- A grand jury has decided not to indict a former NYPD officer charged with putting a man in a chokehold.

Former officer David Afanador was charged with strangulation and attempted strangulation after a confrontation during an arrest of Ricky Bellevue in Far Rockaway in June of 2020.

Cell phone video showed him performing the banned chokehold in Rockaway Beach as police were trying to arrest a man who they say was threatening them.
EMBED More News Videos

Investigators say before the arrest, Bellevue reached into a trash can to pull something out and asked the officer if he was scared.

While grand jury proceedings are usually secret, Queens District Attorney Melinda Katz says she will move to unseal the documents in the interest of transparency.

"While the law prohibits me from discussing the proceedings that took place in front of the grand jury, in the interest of transparency I am moving to have the minutes of the grand jury hearings unsealed," she said.