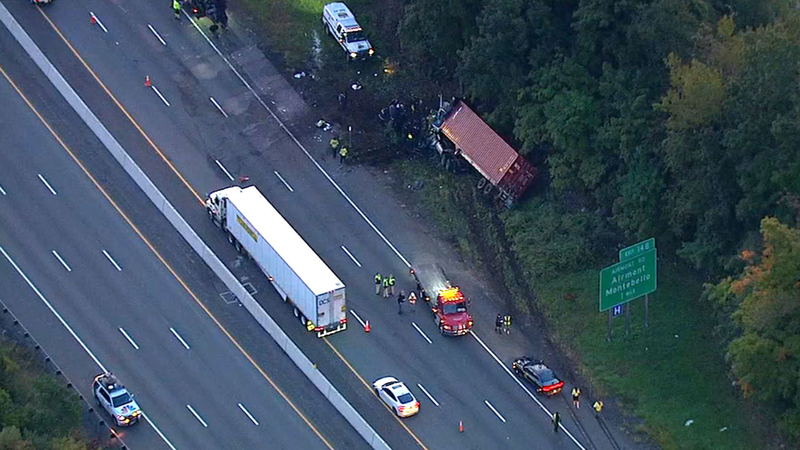 SUFFERN, Rockland County (WABC) -- An SUV collided with a tractor-trailer on the southbound New York State Thruway in Suffern, killing two people and injuring a third.

The fiery crash closed several southbound lanes between Exit 15 and Exit 14B at around 1:45 a.m. Monday.

State police say a 2017 Chevrolet Tahoe collided with the tractor trailer while trying to change lanes, sending both off the highway and into a ditch. The Tahoe then burst into flames.

The driver, identified as 27-year-old Moshe Herzog of Spring Valley, and a passenger, 26-year-old David Schneebalg of Monsey, were pronounced dead at the scene.

The driver of the tractor trailer had to be extricated from the cab and was taken to Westchester Medical Center.

The extent of his injuries was not immediately clear.

State police continue to investigate what led to the crash.