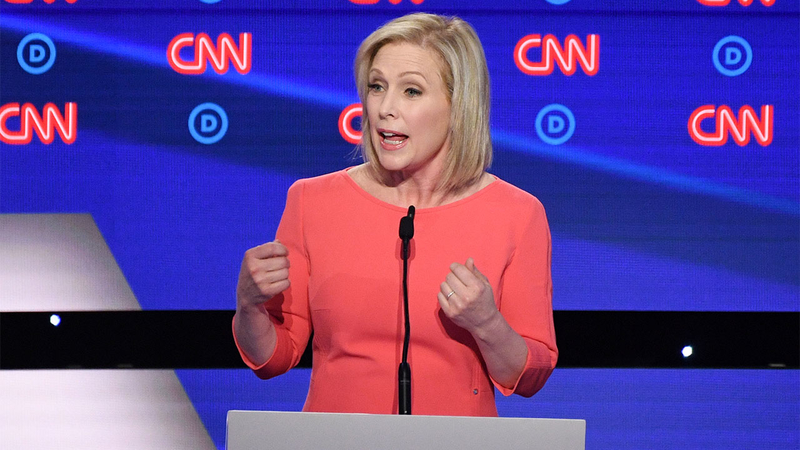 Gillibrand suggested that meant that Biden opposed women working outside the home.

Biden responded, "That was a long time ago." He said he now supports an $8,000 tax credit for working families.

Gillibrand kept pressing, prompting Biden to note that she had previously traveled with him to promote his work supporting equal pay for women.

Biden added of Gillibrand's seeming change of heart, "I don't know what's happening except that you're now running for president."