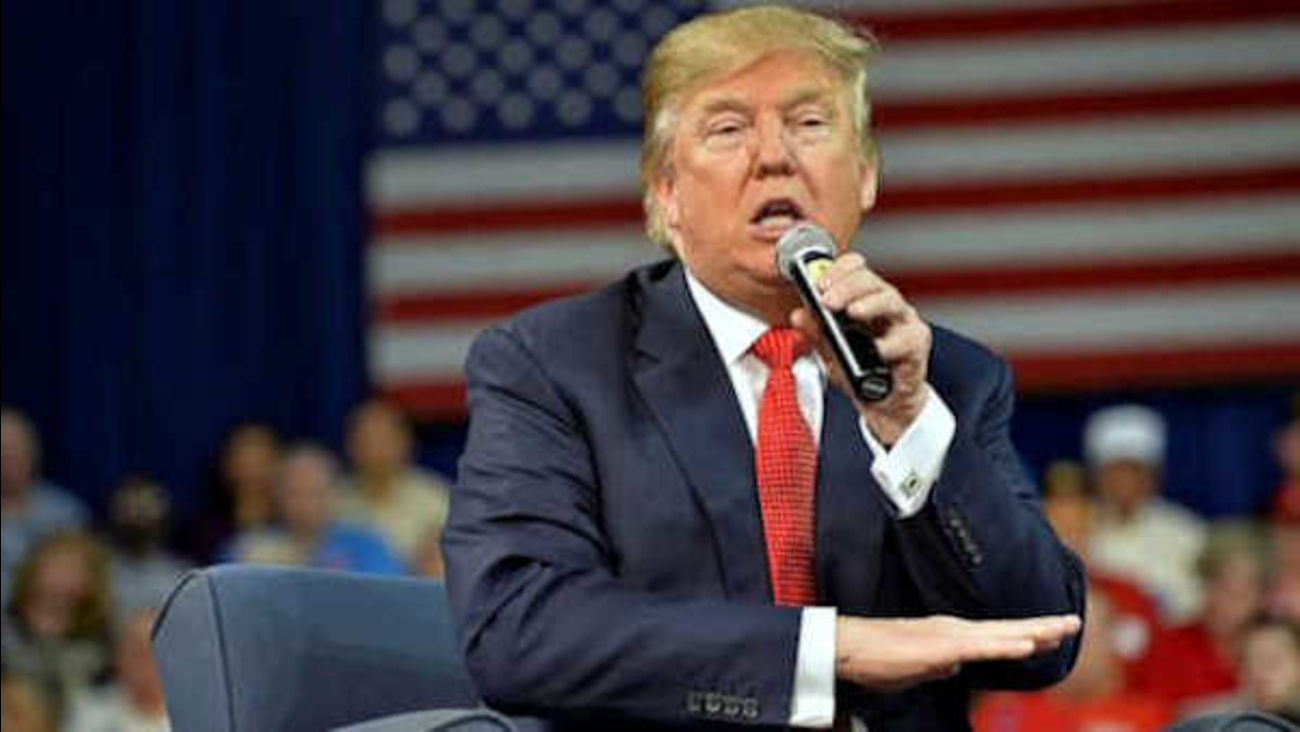 AP
WASHINGTON -- Donald Trump said Thursday that he believes transgender people should be able to use whichever bathroom they choose.

Speaking at a town hall event on NBC's "Today," Trump said North Carolina's so-called "bathroom law," which directs transgender people to use the bathroom that matches the gender on their birth certificates, has caused unnecessary strife.

"There have been very few complaints the way it is," he said. "People go, they use the bathroom that they feel is appropriate. There has been so little trouble."

Still, he says he's opposed to the move to create new, non-gendered bathrooms open to anyone, calling that push "discriminatory in a certain way" and "unbelievably expensive for businesses and the country."

He says if Caitlyn Jenner, formerly former Olympic gold medal winner Bruce Jenner, were to walk into Trump Tower, she could use whichever bathroom she wanted.

Trump also weighed in on the currency change announced Wednesday, saying he opposes replacing President Andrew Jackson with Harriet Tubman on the $20 bill. The Republican presidential front-runner called it an act of "pure political correctness."

He said he'd prefer to leave Jackson on the bill and place Tubman's image on another denomination instead.