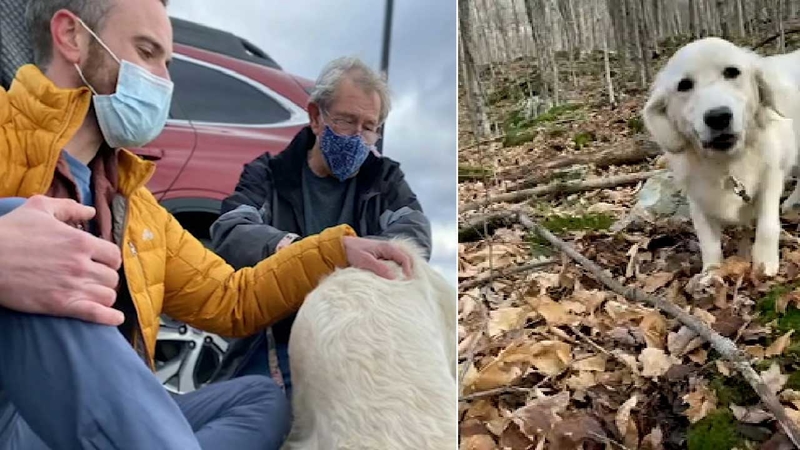 Lost dog found, thanks to man with a drone

NEW YORK (WABC) -- A man with a drone is catching the attention of our Be Kind campaign, after he used that technology to make a very special discovery.

Bruno is known around the neighborhood as the mayor of Sullivan Street.

But the area was large, and he knew it was going to be tough to find the 1-year-old pup.

So he searched from the sky, sending his drone up until he found a patch of white among the trees.

"I was able to get a visual on Meadow from the air," he said.

Then on foot he raced towards that spot, saw her, beckoned for her to come - and she came running to him.

Meadow is back home now with owners Gary and Debbie Morgan.

They told ABC News they are overjoyed and when they saw the video from the drone, they were overcome with gratitude.

They are thankful to have Meadow home, and thankful to Brian James, the stranger with a drone who answered a call to help out.