Former drug addict, dealer on a mission to save Camden 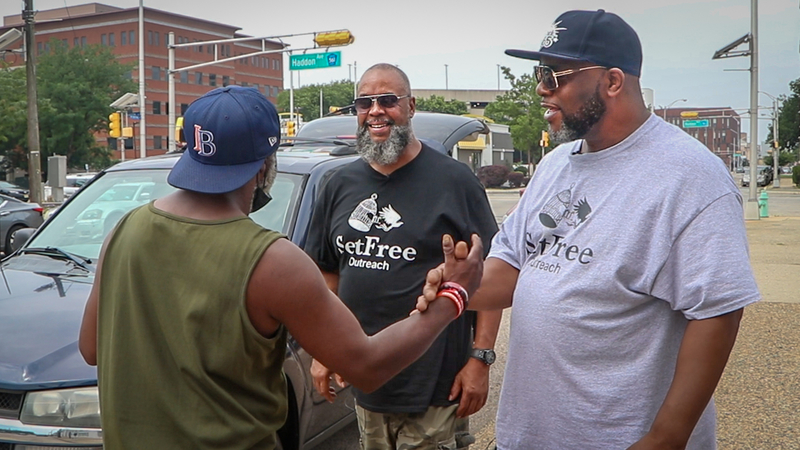 Former drug addict, dealer on a mission to save Camden

CAMDEN, N.J. -- "We both played our part in the destruction of our community," said Gary Samuels.

He and Nate Peoples were both born and raised in Camden, New Jersey. They say the community was beautiful in their youth, however, things changed when drugs poured into their streets.

"We just watched things deteriorate as I deteriorated as well," said 55-year-old Samuels.

As they grew older, the two friends found themselves on opposite sides of the opioid epidemic.

"While he was having a problem with drug addiction, I was the one supplying the drugs," said Peoples.

Peoples, 51, remembers finding Samuels when he was homeless.

"It hurt my heart because I grew up with this guy," he said. "So, from that day, I picked him up and I carried him with me."

Peoples gave Samuels a haircut, changed his clothes, fed him, and housed him for a week. This revelation inspired both men to turn their lives around and help others escape addiction and homelessness.

They co-founded "Set Free Outreach" along with their fiancées. At least five days per week, they roam the streets of Camden offering water bottles, food, and camaraderie to folks on their own dime.

"We give them cards, and then we just ask them, listen, if you're ready, call us," said Samuels. "We're here to help you get help."

Individuals have learned to confide in them and cherish their visits.

"For guys like us that's homeless, addicted to drugs, you know what I'm saying, like, we don't have no other place to turn to," said Wayne Robinson.

Robinson says he is just about ready to get the help he needs to get off the streets.

"I lost my whole family because of drugs. Right now I'm at the point where I have nothing to lose," he said.

Peoples and Samuels hope to continue their outreach and earn recognition and funding by the city of Camden. They also hope the city will make use of its abandoned structures to create heating and cooling areas for homeless individuals to visit during extreme temperatures.