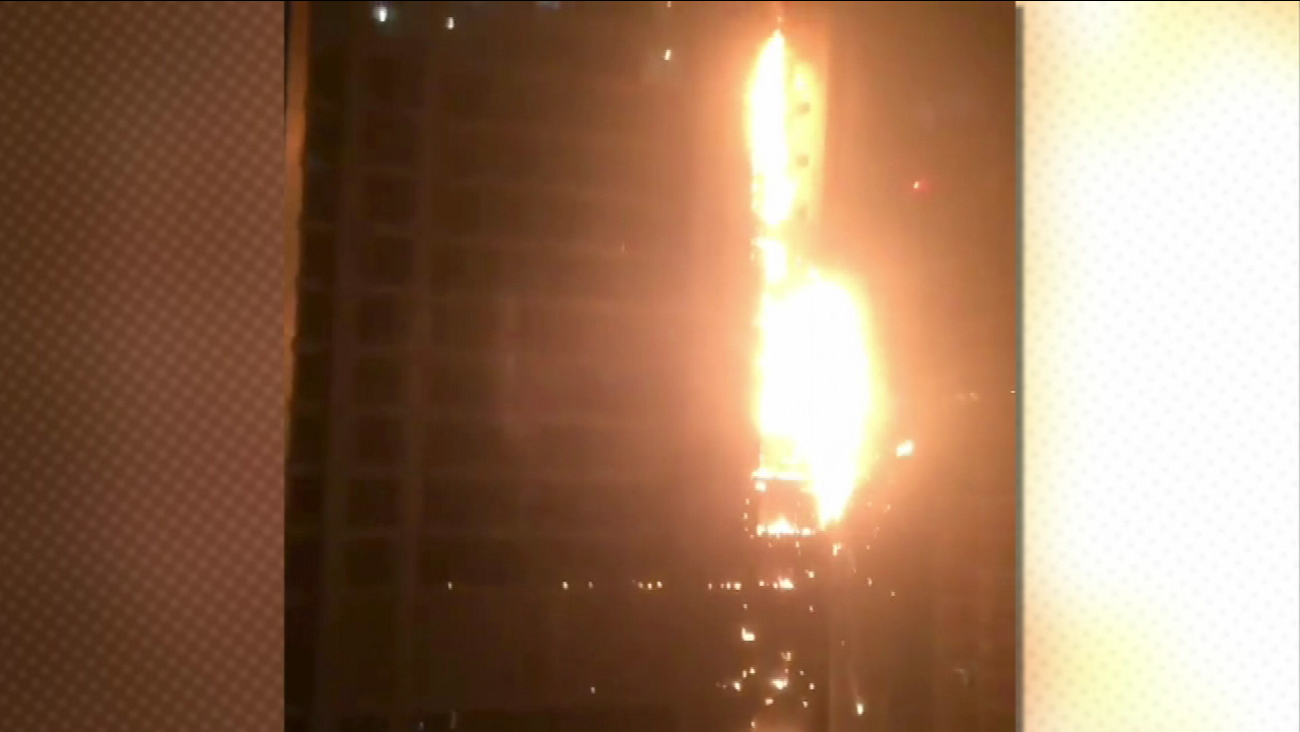 A fire broke out at the Dubai Torch apartment building, one of the world's tallest residential buildings.

DUBAI, United Arab Emirates -- A high-rise tower in Dubai's Marina district caught fire early Saturday, but there were no immediate reports of casualties.

The fire broke out in the Torch tower on the northeastern end of the densely populated district, which is packed with multi-story skyscrapers. Debris from the fire cluttered nearby streets after the blaze appeared to be extinguished. High winds whipped through the area.

Police on the scene had no immediate reports of deaths or injuries.

Police blocked off areas around the more than 70-story building, which still had power. Lights were on in many of the apartments inside. Multiple fire trucks and police vehicles were on the scene.

Residents of at least one neighboring tower were told to evacuate as a precaution because of strong winds, but they were later allowed back inside.

The Marina area is home to dozens of towering apartment blocks and hotels, many of them built over the past decade. The apartments are popular with Dubai's large number of expatriate professionals.