Women's History Month: NY's own Eileen Collins makes history on earth and beyond 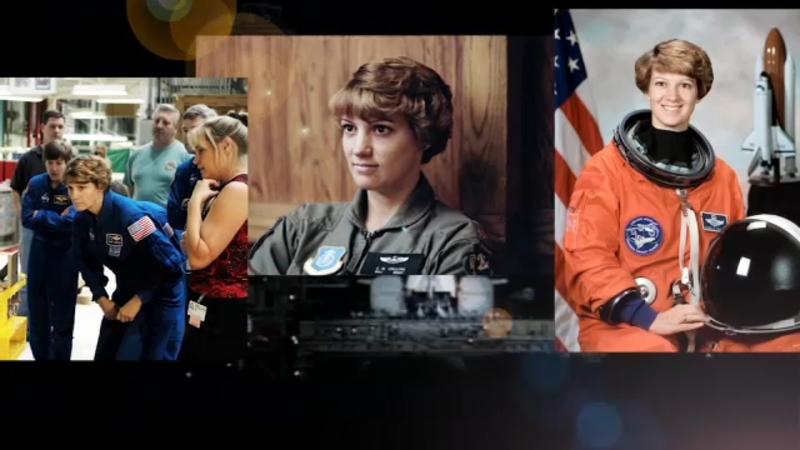 New York's own Eileen Collins makes history on Earth and beyond

ELMIRA, New York (WABC) -- As we celebrate Women's History Month, we salute a true trailblazer who is a legend of space flight.

Born in Elmira, Eileen Collins' dreams of flying would take her places where only men had gone before, inspiring countless women along the way and leading our nation back to space after an enormous tragedy.

In 1999, she became the first woman to command a NASA space shuttle mission -- a historic moment in a series of firsts.

RELATED | What is Women's History Month, and why do we celebrate it?
EMBED More News Videos

As a child, Collins dreamed of becoming a pilot and traveling to space.

"She grew up with modest means," said acting NASA Chief Historian, Brian C. Odom, PhD. "And she was someone who's very talented in mathematics. Kind of had a STEM, if you will, direction in her career."

She earned her Bachelor's in mathematics and economics from Syracuse University in 1978 and would later receive Masters degrees from Stanford and Webster universities.

"In 1979, she made her way to the Air Force, where she became the first female flight instructor," Odom said.

Shirleen Allicot reports on Pat Stevenson, who has told the stories of New Yorkers and provided a voice for communities that were often overlooked.

Her world changed in 1990, when NASA selected her for its astronaut training program. Five years later, her childhood dream became a reality as she guided the Discovery shuttle beyond the bounds of earth.

After making history once again in 1999, she helped the nation recover in the wake of the Columbia disaster in 2003.

On July 26, 2005, the world watched as she commanded Discovery on NASA's first flight mission following the catastrophe.

"The return to flight mission, she was the commander of that mission," Odom said. "A very important mission that that proved that we could get back into space after such a tragedy."

Over her 15 years as an astronaut, she took part in four missions, spending more than 872 hours in space before retiring from NASA in 2006.

"It's just incredible that right now, there's this type of representation," Odom said. "Eileen stood at the threshold of that, and walked through those doors"