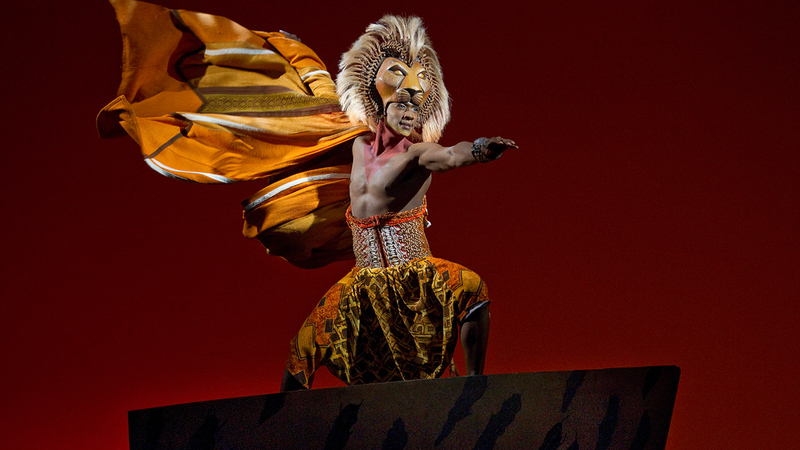 MIDTOWN, Manhattan (WABC) -- Hard to believe, but it's been just shy of 20 years since "The Lion King" debuted on Broadway, and to mark the anniversary next month, all of the tickets to one upcoming performance will be given away.

Tickets to the 8 PM performance on Wednesday, November 15th are being given away by means of a lottery that will take place on Sunday, November 12th.

Fans will go to one of half a dozen locations here in the city to enter to win a chance to see for themselves why "The Lion King" has endured.

RELATED: How to get free tickets to Disney's "The Lion King" on Broadway

"The reason why I'm still here is because it's so exciting," she told me as we stood on the stage of the Minskoff Theater. "(I) would have left a long time ago if it wasn't exciting anymore so I'm still excited."
"The Lion King" has never been a typical Broadway show so Disney Theatrical came up with a unique way to say 'thank you' to New York City as the company marks the anniversary.

"This idea of how do you celebrate 20 years is to open up this theater to people who can come for free. They'll come as part of a lottery we'll do in all five boroughs," President Thomas Schumacher said.

In Times Square, the sign-up booth will be more elaborate: allowing visitors to pose on a replica of the show's set just as I did for real with Schumacher as shown in the photos above.

He told me to watch the sun on my way up and when we got to the top of 'Pride Rock' the platform seemed a bit shaky -- and startlingly high.

"It does look like you could go right over the edge," he reminded me. Uh- yeah!

The show was based on a hit movie, but was still considered a big risk when it debuted in part because the staging by Julie Taymor was so unconventional.

"On opening night of Lion King,' the 13th of November 1997, we were thinking can we make it play tonight. It was going to be a miracle to get through a year," Schumacher remembered.

He says nobody anticipated a run of two decades, or that the show would be produced in so many countries and still be playing all over the world.

When I asked Schumacher why it has endured he replied, "It's a story that says life continues. Play your part. Do the best you can, and leave something for those who come behind you. That message is more powerful today than ever."

Like the song says: "It's the circle of life!"

The lottery to see the show for free takes place two weeks from Sunday. You can find all the details about how to enter the lottery by clicking here.