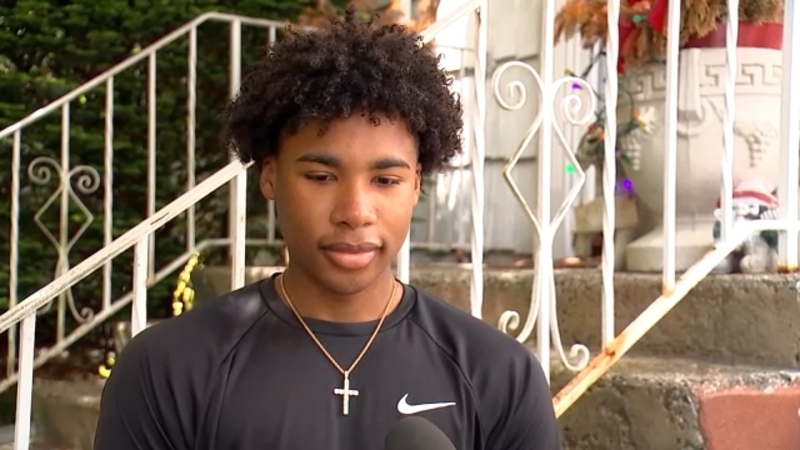 Teen speaks out after being target of racist Snapchat post

FAIRFIELD, Connecticut (WABC) -- A student at a high school in Connecticut is speaking out after he became the target of a racist post on social media.

"I just had no words when I saw it. I was so confused," Jamar Medor said.

The 16-year-old says the shock still hasn't worn off -- and it's understandable why.

He's shown circled in a photo taken by a classmate, who posted it to Snapchat calling Medor the n-word -- along with the question: "why is he not in chains?"

"I was like 'oh my god,' my mouth just dropped because I couldn't believe it -- how the other student would do something like this regarding my son," Jamar's mother Judith Medor said.

By that afternoon, the 16-year-old student who sent the post was arrested, charged with breach of peace and racial harassment.

The district sent letters to parents. Medor's mother says the student was suspended for 10 days, but she's demanding expulsion.
"I don't know what he's going to do to my son. That's the reason why I'm worried for his safety," Judith Medor said.

Over 24,000 people -- nearly a thousand from Fairfield have signed an online petition calling for the student's removal.

As for Jamar, a member of the basketball team who says he's never experienced racism in school before, things are different.

"I just don't feel comfortable going to school or walking the halls, so I stayed home today actually," Medor said.