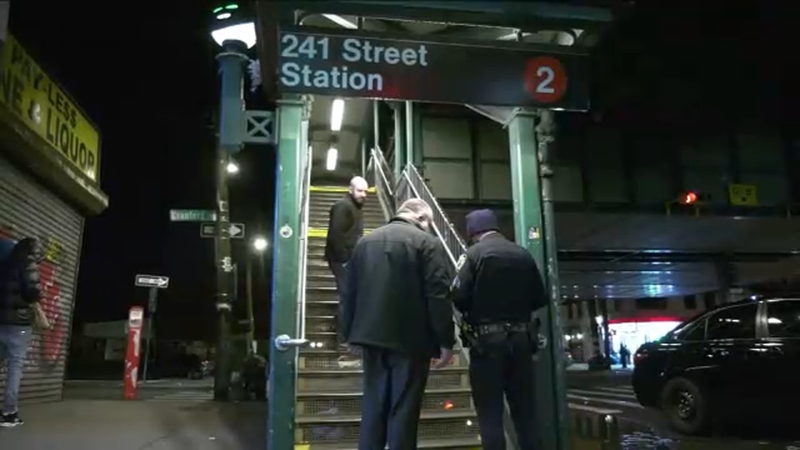 WAKEFIELD, Bronx (WABC) -- A man was fatally stabbed inside a Bronx subway station.

It happened inside the 241st Street Subway Station at White Plains Road in the Wakefield section around 12:45 a.m. Monday.

Police say a man was stabbed in his torso in front of the MTA booth at the 2 line.

Investigators believe it all started from some sort of dispute.

The victim was taken to a nearby hospital where he was pronounced dead.

Police say the attacker ran away and there are no suspects or arrests.

Meanwhile, earlier this month, police launched an investigation into a hate crime.

The NYPD Hate Crimes Task Force is searching for a man who was caught on camera slapping an Asian woman across the face on a Bronx subway platform.

Police say the man walked past the 58-year-old woman, then doubled back, made an anti-Chinese statement, and then assaulted her.


It happened at the 174th Street station in Corona Park on December 1.

The MTA board is holding a committee meeting to address the increase in crime underground and delays throughout the public transportation system.

Commuter Leah Austin says there is a police presence, but she wants to see more action.

"I myself have called 911 and needed assistance and they were right there so I would like the police to take more action and do something," Austin said.