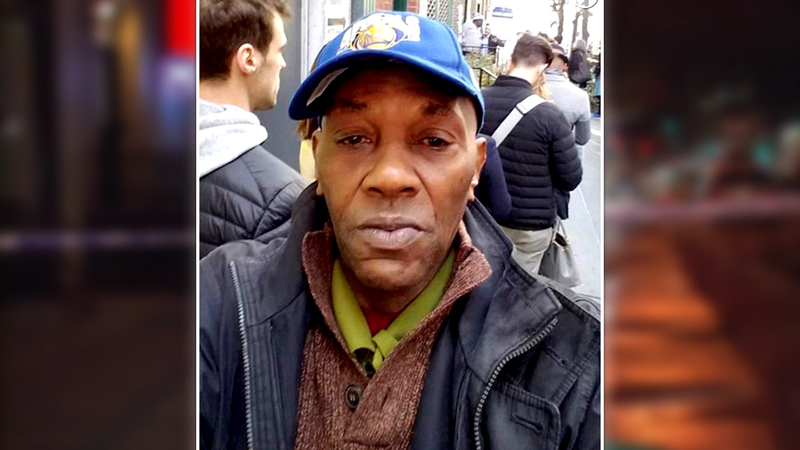 MIDTOWN, Manhattan -- Just under two weeks after he staggered into a Manhattan police station covered in blood, Timothy Caughman was remembered at his funeral Saturday morning as a man dedicated to make the world a better place through conversation.

"It's such a sick irony that someone obviously diseased of mind could commit a hate crime against someone so loving," said Caughman's cousin, 25-year-old Khadijah Peek as she choked back tears.

James Harris Jackson, a 28-year-old white man from Baltimore and a veteran who served in Afghanistan admitted to killing Caughman at random on March 20, as part of a plan to kill black men in New York City, authorities said. He was charged with murder as a hate crime and murder as an act of terrorism.

A lawyer for Jackson has said if the allegations hold up, he will need to address "obvious psychological issues."

Mayor Bill de Blasio attended the funeral at Mount Zion Baptist Church in Jamaica Queens and said Jackson's actions were part of a rising tide of hate, but that Caughman's death would serve as a call to fight against racism.

"Forces of hate have been unleashed in recent months," de Blasio said from the podium. "We owe it to Timothy to do something more. We have to actively reject hate."

De Blasio's condemnation brought people to their feet, but some wished another politician would also speak out.

"I didn't hear Donald Trump say 'Oh, that's a shame about what happened to Mr. Caughman,'" said 64-year-old Portia Clark, who grew up with Caughman. "As far as I can remember several presidents have acknowledged wrongdoing in the community. It makes me feel like he doesn't care, it's not important enough."

Others lamented that some media outlets had originally mischaracterized their friend Caughman, who they knew as Hard Rock for his tough demeanor as a young man, as homeless.

Caughman, 66, was killed while collecting cans, but he traded in those coins not just to get by.

"He never would have been homeless, not with the family on both sides that he had," said Charles Johnson, who said he met Caughman as a 3-year-old boy. "As far as his bottles, collecting cans, he was doing that with a purpose."

With the coins he received in exchange for the recyclables, Caughman would buy Amtrak tickets to Washington, D.C., where he would attend congressional hearings and strike up conversations in the Capitol's cafeteria.

Other speakers said Caughman's dedication to engage with democracy was just one part of his zeal for life.