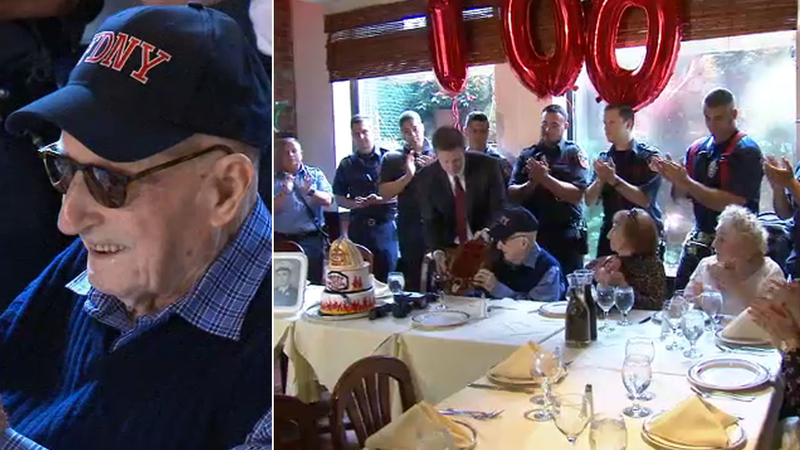 BAY RIDGE, Brooklyn (WABC) -- A former chief of the FDNY was surrounded by friends, family and fellow firefighters to celebrate his 100th birthday.

Former FDNY Chief John F. Nasta was also honored with a lifetime achievement award Wednesday at a restaurant in Brooklyn.

Nasta served the department for more than 30 years before retiring at the rank of Battalion Chief of FDNY Battalion 40 in Brooklyn. At that time, he was the longest-serving fire officer in FDNY history.

"As a young fireman, I learned that he was a gentleman, a very knowledgeable fire officer and you always felt safe when you were with him," a former fellow firefighter said.

He took a brief leave of absence from the department during WWII when he enlisted in the United States Navy and was assigned to a special fire training unit. He helped train thousands of sailors on how to fight and prevent fires -- which ended up saving countless lives during the war.

"He treated his wife, his bride of 62 years, like I have seen no other man treat a wife," neighbor Patty McLaughlin said.