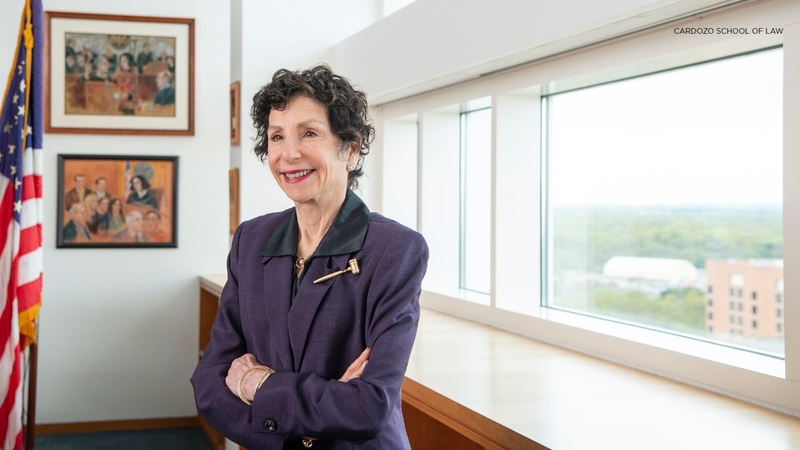 BOCA RATON, Florida (WABC) -- A federal judge in New York was struck and killed by a hit-and-run driver in Florida.

Eastern District of New York federal Judge Sandra Feuerstein, 75, was killed and a 6-year-old boy was seriously hurt as they were walking on the sidewalk Friday morning.

Police say 23-year-old Nastasia Snape struck the judge before hitting the child who was crossing the sidewalk. She then reportedly drove away.

The boy, Anthony Ovchinnikov, was taken to the hospital, but his condition Sunday could not be determined.

Snape was found near Delray Beach where she had crashed her car.

According to court documents, she began fighting medics and claimed she was Harry Potter.

Police say they found in her purse the synthetic drug commonly known as "bath salts," which can cause psychotic episodes.

Snape is facing multiple charges, including vehicular homicide and leaving the scene of a crash.

She remained jailed Sunday on $60,000 bond. The Palm Beach County public defender's office was not open Sunday and has a policy of not speaking about its cases. In the Potter novels, there is a character named Snape.

Feuerstein was currently presiding over the murder-for-hire case of NYPD Officer Valeire Cincinelli, who is accused of plotting against her estranged husband. It's unclear how Feuerstein's death will impact the case.

Feuerstein was appointed to the bench by former President George W. Bush in 2003. The court's jurisdiction covers Long Island, including Brooklyn and Queens, along with Staten Island.

She served as a New York State judge for 16 years before that.

Acting U.S. Attorney Mark Lesko along with the Eastern District of New York extended their condolences to Feuerstein and her family during this time.

"As we mourn her tragic death, we also remember Judge Feuerstein's unwavering commitment to justice and service to the people of our district and our nation," Lesko said.

Feuerstein was born in New York in 1946 and worked as a schoolteacher before earning a law degree from the Benjamin N. Cardozo School of Law in 1979.