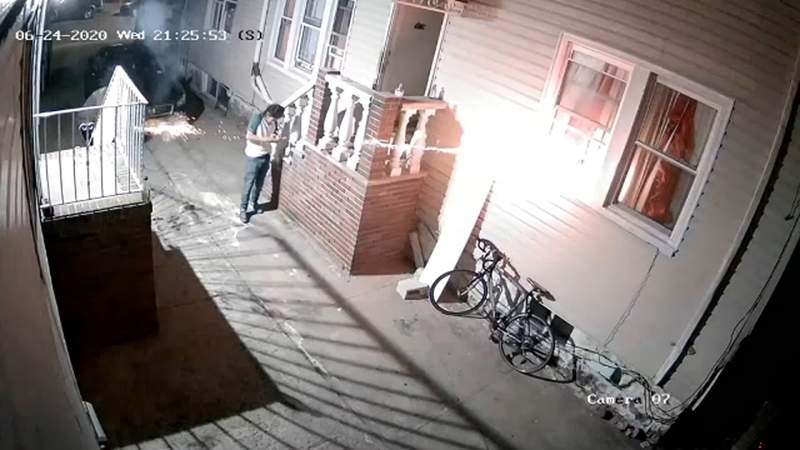 Man who set off fireworks that burned down Brooklyn home arrested

FLATLANDS, Brooklyn (WABC) -- A man was arrested for allegedly setting off fireworks that burned down a home in Brooklyn.

Damien Bend, 36, is charged with arson in the fourth degree.

On June 24, firefighters responded to the home on E. 51 St. for reports of a fire on the first floor of a two-and-a-half story home.

It took 60 firefighters to bring the flames under control.

The Fire Marshal said video footage obtained of the incident shows Bend igniting fireworks in the driveway of the home when a burst from one of them entered an open window on the first floor.

The Fire Marshal said Bend continued to set off the remaining fireworks before entering his house to retrieve more.

"Illegal fireworks pose significant dangers to the safety of New Yorkers and their property," Fire Commissioner Daniel Nigro said. "Our Fire Marshals will continue to actively enforce the laws relating to illegal possession and sales of fireworks in New York City."

In the last nine days, Fire Marshals have arrested 17 people and confiscated approximately $36,700 worth of illegal fireworks.

Last week, two men were arrested in Manhattan for possession of approximately $4,000 worth of illegal fireworks.