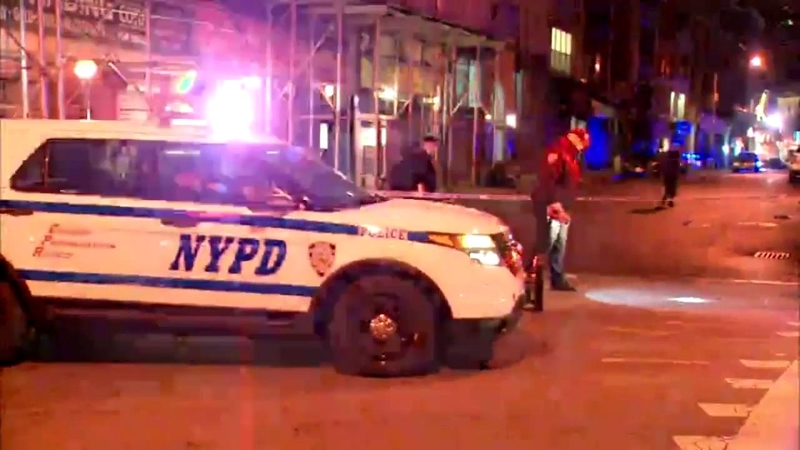 Suspect on loose after woman shot in Flatiron District

NEW YORK (WABC) -- A woman was grazed when shots were fired in the Flatiron District overnight Monday.

The 21-year-old woman was struck in the leg just after 2:15 a.m. at the intersection of Broadway and West 28th Street. She ran to a nearby hotel for help.

The woman was taken to Bellevue Hospital with a non-life threatening injury.

The shooting stemmed from a dispute between two men in a car and another group of people.

The woman had been waiting for her boyfriend who was on the way to meet her. She was struck while walking past the dispute and was an unintended target.