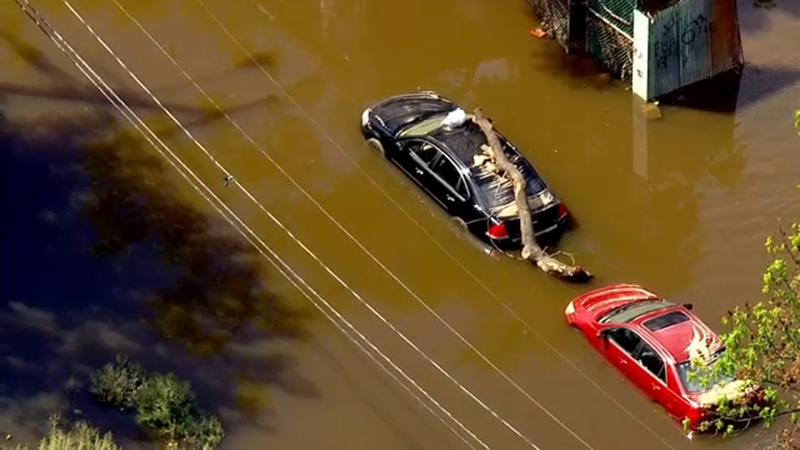 Search for missing continues in NJ after Ida

PATERSON, New Jersey (WABC) -- New Jersey continues to recover from Ida's historic flooding, which in addition to claiming more than two dozen lives has also impacted back to school plans for several districts.

Paterson opted to start the new school year remotely beginning Wednesday, which was supposed to be the start of in-person instruction.

The storm left a mess in some buildings, and delaying in-person classes gives crews more time to clean up.

As a result, the first three days will be virtual, continuing the same methods used when COVID-19 shut down classrooms for over a year and a half.

School officials say they just want to give the custodians time, and this will allow them to do the work without interfering with students, teachers, and other staff.

Officials in Elizabeth, the state's third largest district, are delaying the first day of school from Thursday until next Tuesday after several buildings were damaged by flood waters.

Meanwhile, Governor Phil Murphy continues to tour places in the state that were devastated by Ida. He was in Lambertville Monday, along the Delaware River, where many homes and businesses were damaged as the water rose in the quaint Hunterdon County community.

The governor heard directly from residents who are cleaning up and said they are committed to staying in the town, and Murphy said President Joe Biden's declaration for several New Jersey counties as federal disaster areas will ensure they receive the money and resources they need to recover.

The six counties include Passaic, Bergen, Hunterdon, Somerset, Middlesex and Gloucester, and the federal declaration is in addition to the state's emergency declaration made last week, though Jersey City Mayor Steven Fulop has expressed dismay that Hudson County was not included in this initial federal declaration.

Meanwhile, the search continues for at least four people who are still missing. Three of them are from Passaic County, including 56-year-old Donna Lomagro, who officials believe was swept away by flash flood waters in Woodland Park.

The search also continues for 18-year-old Nidhi Rana and 21-year-old Ayush Rana, who were last seen Wednesday evening when their car began floating toward a spot where the water flows underground toward the Passaic River.

Passaic Mayor Hector Lora said in a text Sunday that a dozen search boats were taking part in the search with the aid of a state police air unit.

As of Monday, New Jersey's official death toll from the storm stood at 27.