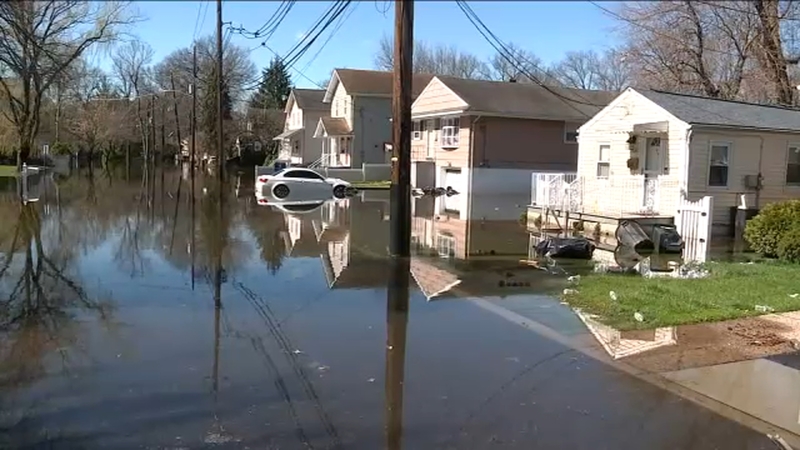 ORADELL, New Jersey (WABC) -- New Jersey officials are demanding answers after another round of damaging flooding.

Communities in Oradell, New Milford, and River Edge got slammed by flooding last week after heavy rain hit the area.

Friday was a frightening morning for residents living along the bank of the Hackensack River, as the water rose and swallowed up several blocks of homes.

Flooding damaged over 100 homes and businesses in Oradell.

Residents said they did not get notified that the Hackensack River was swelling and could not hold the excessive amount of rain that came into the area on Thursday night.

For many residents, it was the second time in seven months that their homes have been flooded since Ida in September.

The water company said they informed people that the reservoirs were full to capacity, but local leaders said they never said anything about the possible flooding.

The extra rainwater washed down over the drinking water supply and spilled into the river, washing through the low-lying areas of New Milford.

Officials said more should be done to protect the victims who are customers of the water company.

Flooding also impacted a business, a PSE&G facility, and trapped buses from their runs during the morning rush hour.

"The buses were eventually removed from the yard and moved to higher ground, but the damage is already done," Bergen County Executive Jim Tedesco said. "The water company says they are planning to meet with the county executive sometime this week. Meanwhile, efforts are underway to help residents recover once again."