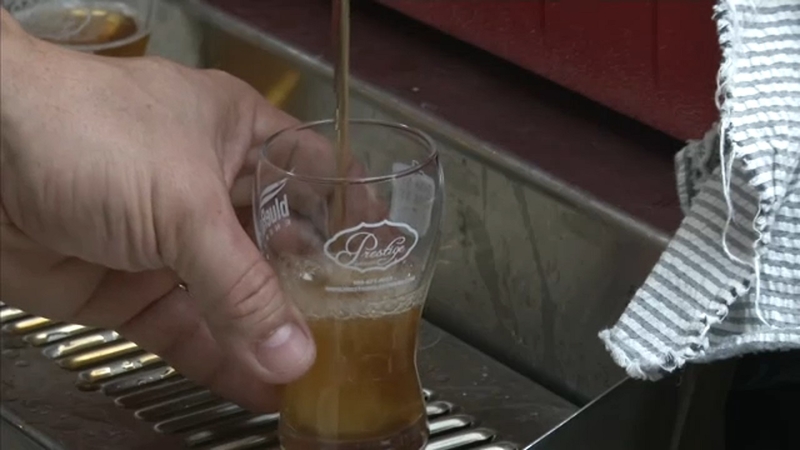 HOLBROOK, Long Island (WABC) -- An ale that was just introduced at a craft beer festival in Albany has a fascinating story behind it.

Saint James Brewery on Long Island created 'Deep Ascent' ale, using yeast from bottles of beer that were recovered from the wreckage of a luxury liner that sank off Fire Island in 1886.

The brewer says he wanted to recreate what it would have been like to drink a beer on the ship all those years ago.

'Deep Ascent' will be released locally this summer. If successful, it could be released globally later this year.

----------
* More Long Island news
* Send us a news tip
* Download the abc7NY app for breaking news alerts
* Follow us on YouTube
Report a correction or typo
Related topics:
food & drinkholbrooksuffolk countybreweryshipwreckbeer
Copyright © 2021 WABC-TV. All Rights Reserved.
TOP STORIES
NYC voters head to the polls, all eyes on mayoral race
What to know about voting in NYC's mayoral primary
NYC elections: What is ranked choice voting?
When will we know who wins NYC's mayoral primary? Maybe not until July
Here's why each of the 8 Democrats say they want to be mayor of NYC
AccuWeather: Rainy Tuesday after night of storm warnings
COVID Updates: NYC Mayor de Blasio briefing | LIVE
Show More
Tourist punched, hit with bottle in unprovoked assault on subway
Man fatally shot in BMW over $3,000 chain in Upper Manhattan
Man shot outside strip club in Queens
New video released of attack on off-duty NYPD officer in Bronx
Suspect arrested after allegedly running over bus driver in Brooklyn
More TOP STORIES News