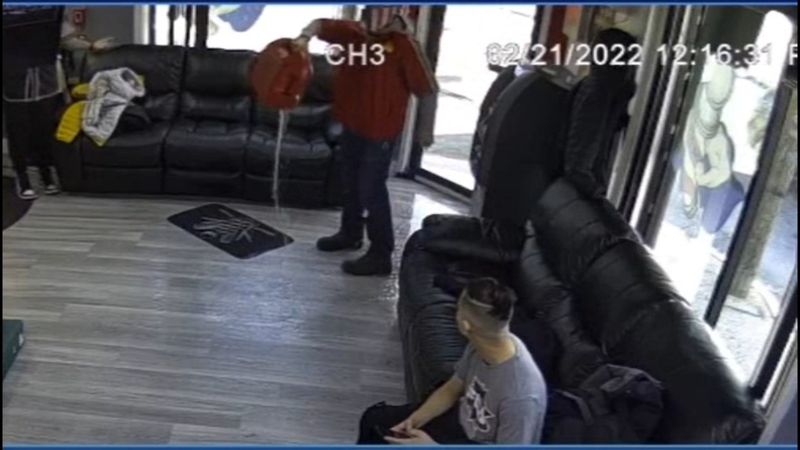 NORTH BERGEN, Hudson County (WABC) -- A New Jersey man is behind bars after police say he poured gasoline in a barbershop filled with people while in a fit of rage.

It happened around 12:20 p.m. Monday at The Zone barbershop on 61st Street in North Bergen.

Police say 30-year-old Humberto Vanegas walked into the shop with a 5 gallon gasoline can and started yelling as he poured the fuel in the entryway.

There were 15 to 20 people inside at the time, including a 4-year-old boy who was getting a haircut.

At no point did he attempt to ignite the gasoline, but staff members grabbed him, pushed him outside and subdued him until police arrived.

North Bergen police say Vanegas told them he was upset about the way his father had been treated at the shop during an earlier visit, a visit Vanegas said ended in a bitter argument over the cleanliness of the barber tools and an accusation of being overcharged.

Vanegas also said his father was threatened with a pair of scissors, but police have not confirmed that.

He's been charged with causing or risking widespread injury or damage as well as criminal mischief.

He also sustained minor injuries from being taken down by the employees.

The fire department arrived and vented the building, and the gasoline was cleaned up so nothing else could spark it.