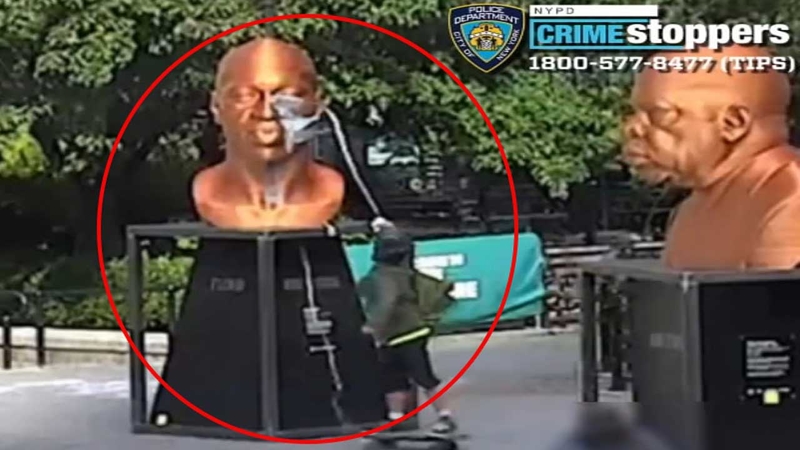 Arrest made after vandal defaced George Floyd statue in NYC

Police believe Michael Beals threw paint on the statue earlier this month before fleeing. He is charged with criminal mischief.

Nearby statues of late Congressman John Lewis and Breonna Taylor were not touched.

It happened Oct. 3, just four days after the statue was unveiled at the park the week before.

This was the second time a George Floyd statue has been vandalized in New York City. Back in June, an 11-foot-tall image of Floyd by the same artist was blasted with black paint in Flatbush, Brooklyn.
EMBED More News Videos

There is growing outrage in Brooklyn and in Newark after two statues to honor George Floyd were targeted by vandals.

Eyewitness News spoke with Floyd's brother Terrence Floyd at the time, who said he was saddened by the vandalism but not surprised because he says the hate still exists.