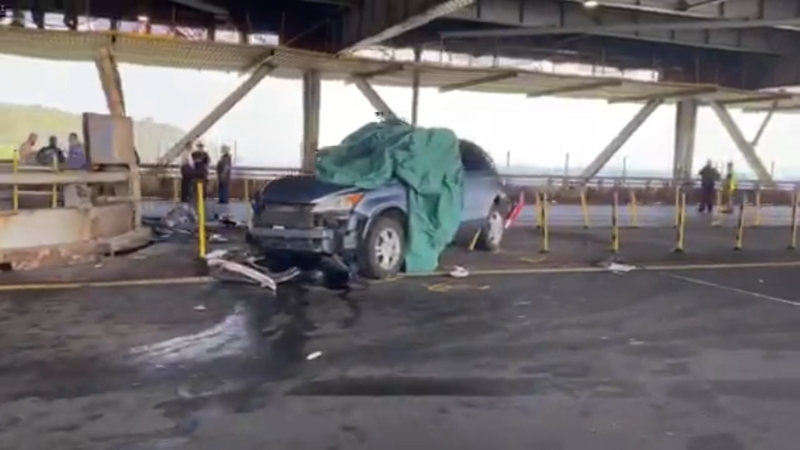 FORT LEE, New Jersey (WABC) -- Authorities have arrested a driver who allegedly caused a deadly crash on the George Washington Bridge because he was recklessly speeding.

Prosecutors say his Corvette rear-ended an SUV on the bridge's lower level on Thursday morning, causing the SUV to strike a barrier and flip over.

The 52-year-old SUV driver and his 47-year-old passenger, who were both from the Bronx, were killed.