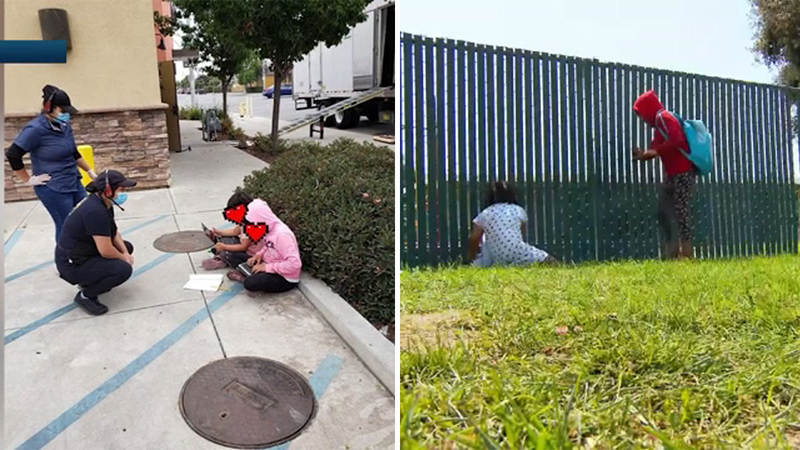 SALINAS, California -- Days after a photo of two students connecting to Wi-Fi outside a California Taco Bell went viral, their mom is speaking out.

The viral photo revealed how they did school work, sitting on a sidewalk outside Taco Bell to connect to Wi-Fi.

"The girls went there because they didn't have internet," mother Juana Valencia Garcia said. "They wanted to study."

The Garcias have received an outpouring of support after some discovered they were evicted from their home.

WATCH: See the moment deputies arrived to evict families in the Houston area, and hear their heartbreaking stories as they move their belongings out without prospects of where to go next.

A Salinas Police Department spokesperson tells KION, "We want to make sure there are no irregularities. Our ultimate goal is the welfare of the young girls and their family."

She says she set them up with an accountant to handle the money raised online.

Mayra Moreno breaks down the ins and outs of the eviction moratorium.

"When we met this mother, no one was helping her," Martinez said. "Her daughters were already viral. It was a couple days in already. She was not receiving any help."

The family is hoping their story will bring help to others, too.

"I want them to help all the kids that are in need of internet," Garcia said.