Video: Gorillas chase dog who got into their enclosure at San Diego Zoo Safari Park 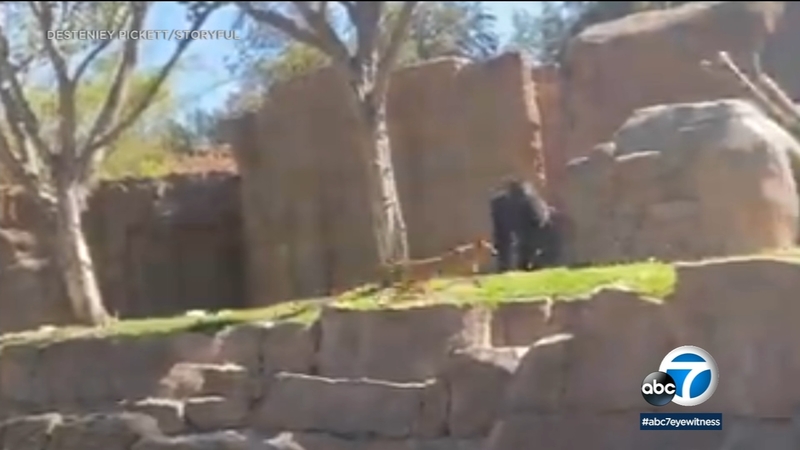 SAN DIEGO, Calif. -- Visitors at a California zoo witnessed some terrifying moments over the weekend after a dog ended up in the gorilla exhibit.

The San Diego Zoo Safari Park said two dogs were loose on the zoo's property and one of them somehow managed to get inside the enclosure.

It's not clear exactly how that happened, but the gorillas appeared to be agitated by the intrusion as they chased the dog, as seen in video captured by people at the park.

Specialists at the park were eventually able to recall the gorillas out of the habitat so that the dog, now named "Mighty Joe Young," could be rescued.