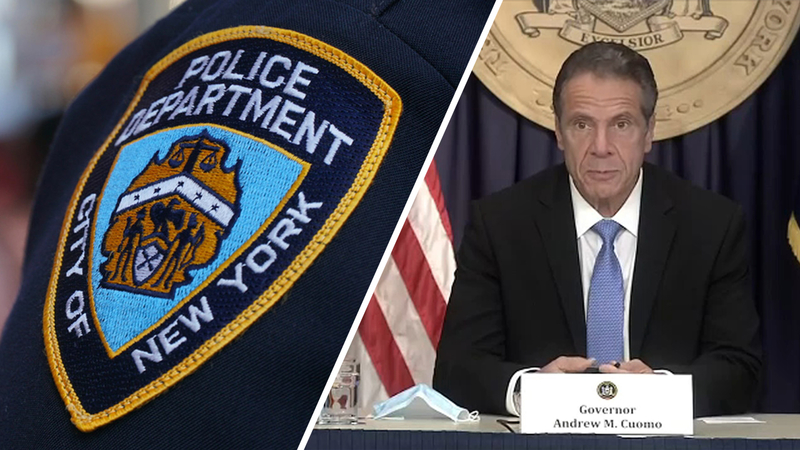 NEW YORK CITY (WABC) -- Gov. Andrew Cuomo urged New York City officials to "step up and lead" in response to the recent dramatic increase in crime across the City.

Cuomo said shootings with victims in New York City are up 103% and, under an executive order he signed in August, every locality must adopt a plan for reforming their police by April 1, 2021, to be eligible for future state funding.

But the City has yet to begin the process, unlike many municipalities across New York state.

"Step up and lead. 146 jurisdictions are doing it. Why isn't New York City doing it?" Cuomo said.

"If none of them want to lead it, I will find someone to lead it. Just tell me you don't want to do it or you can't do it, but this is wholly unacceptable on behalf of everyone who lives in New York City," Cuomo said.

NYC NEWS: Corey Johnson will not run for mayor of New York City

Cuomo said it's not going to get better on its own and suggested lawmakers were playing politics and ignoring the problem, comparing their response to President Donald Trump's response to the COVID-19 crisis.

"What government does in the age of COVID is a matter between life and death," Cuomo said. "The crime problem in New York City doesn't get better on its own."