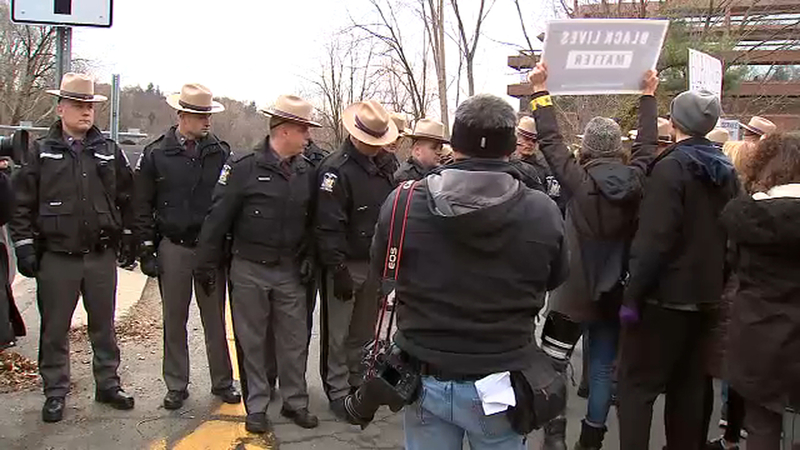 Despite objections by state police, organizers insisted that the Black Women's March would go on as planned and assembled in Tarrytown at 11 a.m.

The demonstration was intended to bring attention to the issues facing black women in suburban and rural New York communities.

When demonstrators approached the entrance ramp, they were met by a line of state troopers who threatened them with mass arrests if they crossed the bridge and marched into Nyack, citing safety concerns.

Sources said the group apparently did not apply for permits.

The demonstrators peacefully marched away from the bridge.