Sharks on the move: Luna the great white and others head up the Eastern Seaboard 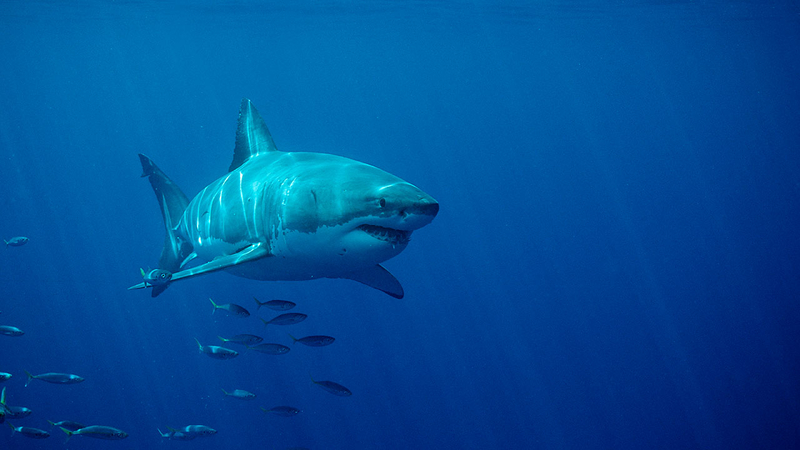 How the OCEARCH shark tracker works

Summertime is fast approaching, and great white sharks are again on the move, much to the delight of shark watchers everywhere.

Researchers are keeping their eye on a 1,668-pound great white shark as she makes a rather unusual journey through the northern Gulf of Mexico with the hope that her travels will help scientists better understand how sharks move through the oceans.

The sharks were originally tagged last fall during an expedition off Novia Scotia. OCEARCH's tracking data shows the animals then spent the winter traveling down the Eastern Seaboard before turning around and heading back north. Jefferson and Jane barely made it to the Florida-Georgia line, while Cabot made it all the way into the Gulf of Mexico.

In addition to the sharks off the Eastern Seaboard, OCEARCH is also tracking sharks and other animals in the Gulf of Mexico and off the Pacific coast.

Don't let the news that sharks are being tracked off the coast derail your trip to the shore this weekend. The sharks in question are well offshore, and even if they weren't, shark bites are statistically very rare. On average, there are just 16 shark bites reported in the United States each year, according to National Geographic. Lightning is statistically far more dangerous than sharks.

While a 3,000-mile jaunt up and down the Eastern Seaboard might seem like an awfully long journey, sharks have been known to travel even longer distances. One shark, dubbed Nicole after actress Nicole Kidman, clocked an impressive 12,400-mile journey from South Africa to Western Australia and back in 2004. More recently, scientists tracked a shark named Lydia as she swam across the Atlantic Ocean from waters off Jacksonville, Florida, to waters off southeastern England.

A better understanding of how the great white shark moves through the ocean will help scientists protect and conserve the species, which is considered vulnerable to extinction by conservation organization IUCN. The sharks are often caught and killed accidentally by commercial fisheries in search of other species, and they're sought in some areas as part of the shark fin trade in which a shark's fins are removed and the animal is left for dead in the ocean, unable to fend for itself. The highly valued fins are then used to make shark fin soup or used for controversial traditional medicine.