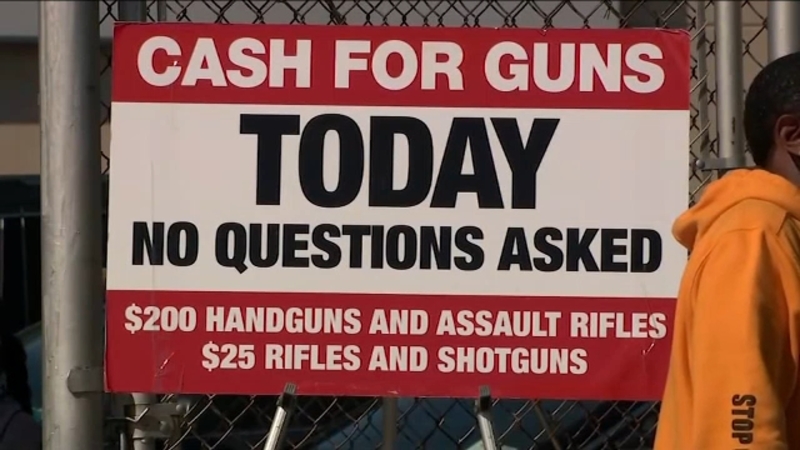 33 guns traded for cash, taken off streets of NYC

EAST NEW YORK, Brooklyn (WABC) -- Organizers say a gun buyback event in a part of Brooklyn that has long struggled with violent crime was a success.

Officials say 33 guns were taken off the streets, thanks to the event at St. Paul Community Baptist Church on Saturday.

The Brooklyn District Attorney's Office, in partnership with the NYPD, offered $200 bank cards for each working handgun or assault rifle that was brought in -- no questions asked.

RELATED | 3 killed in shootings across New York City this weekend

These events help round up guns that New Yorkers might otherwise be reluctant to admit they own.

There have been several gun buyback events around the city this summer -- which authorities say are especially crucial amid the recent jump in gun violence.

Diana Rocco reports on the deadly shooting near Rutgers University.