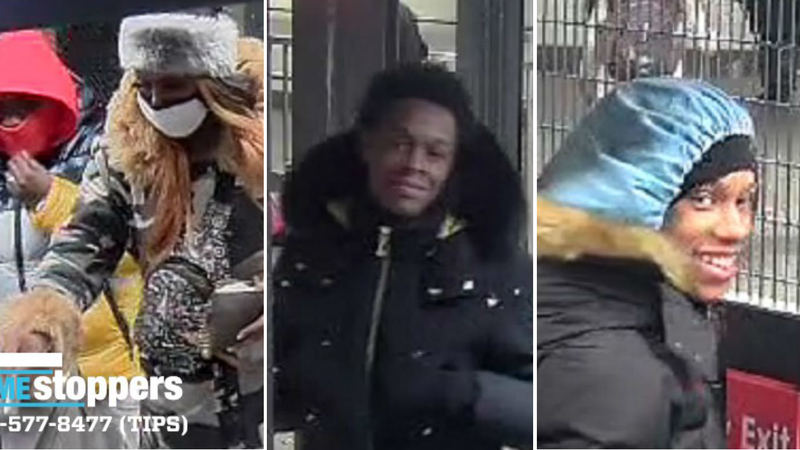 GREENWICH VILLAGE, Manhattan (WABC) -- Police have released surveillance photos of some of the suspects wanted in connection to a bias attack on a subway train in Manhattan.

Six suspects -- three women and three men -- were involved in the Dec. 17 assault of an Asian woman on a southbound A train at the West 4th Street station.

The victim was reportedly confronted over not wearing a mask and the group made anti-Asian statements about coronavirus to her, police say.

A verbal dispute escalated into an attack in which the 32-year-old victim suffered bruising after she was punched in the face several times.

The NYPD's Hate Crimes Task Force is investigating the incident.

Police released photos of four of the six suspects wanted.