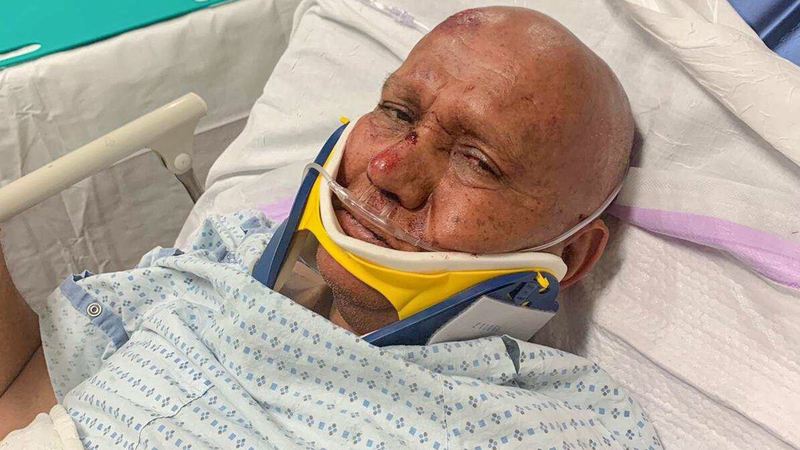 GLEN OAKS, Queens (WABC) -- Police are investigating a violent attack on a Hindu priest in Queens, and Governor Andrew Cuomo has ordered the state Hate Crimes Task Force to assist.

Authorities say 62-year-old Swami Ji Harish Changer Puri was dressed in his religious robes when he was attacked on 264th Street near 85th Avenue in Glen Oaks.

According to police sources, 52-year-old Sergio Gouveia confronted Puri and said he didn't want him in the neighborhood.

Puri was struck with an umbrella and punched repeatedly, suffering cuts and bruises to his nose, head, chest, arms and legs, according to police.

Puri thanked the NYPD for making a quick arrest and urged compassion.

"I pray that our country remains at peace and that everyone has a wonderful life," he said through an interpreter. "And for those that feel hatred, may they also be uplifted and feel the peace within themselves."

However, prosecutors say the investigation is not over and that several local political leaders, including state Attorney General Letitia James, are urging police to file hate crimes charges.

"I am disgusted by the attack on a Hindu priest in Queens, mere blocks away from the Shiv Shakti Peeth temple. This terrible, inexcusable act of violence is now being investigated as a potential hate crime. Violence of any kind toward others based on their faith or race is offensive to all New Yorkers and repugnant to our values. These hate-fueled acts are meant to incite fear and division within our communities, and we must stand together and disavow this behavior immediately. I am directing the State Police Hate Crimes Task Force to assist the NYPD with their investigation to ensure the individual behind this vile attack is held accountable and prosecuted to the fullest extent of the law. Acts like this are not just disgusting - they are illegal, and we will never allow hate and discrimination to divide us in New York."